What are supercomputers and why are they important? An expert explains 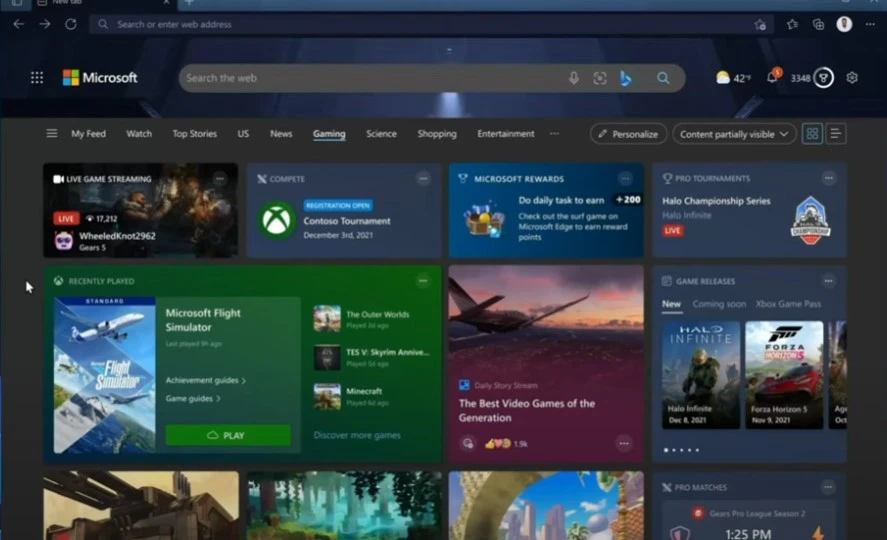 Microsoft just turned its Edge browser into a gaming powerhouse with a suite of new features, including a gaming home feed, crisper graphics for cloud gaming, and a buffet of casual online games.

The update to Edge began rolling out to Windows 10 and Windows 11 devices this morning, and certainly makes it stand out among the tight competition for the best web browsers.

“Microsoft is all in on gaming,” Microsoft’s vice-president, Liat Ben-Zur, said. “And as we recently announced, we’re building a platform for the next 20 years that offers the games players want on any device they want to play.”

The first thing gamers will notice is a new gaming homepage on their Edge browser. Users signed into Edge with their Xbox account will see their gaming library and gaming-related news as soon as they launch the browser, rather than the news and weather. Users with a Game Pass Ultimate subscription can launch and play Xbox cloud games directly from the browser.

The gaming homepage can be accessed by launching Edge and clicking on the new “Gaming” header at the top of the screen.

The new Edge also brings a bevy of features to help improve gameplay. Clarity Boost helps make streaming games look sharper and clearer by scaling visuals on the client side. Microsoft claims this will make games streamed via the cloud as crisp as games downloaded to a console. Clarity Boost will work on any supported device, whether you play on a high-end PC or a tablet.

Clarity Boost is not turned on by default. You’ll need to first launch a game, then click on the (…) menu found in the top left of the screen, and toggle Clarity Boost to the “on” position.

Not all of the updates relate to cloud gaming. The new Efficiency Mode for Edge works when you’re playing a game you’ve already got on your PC. Now, instead of closing Edge to save on memory resources, the browser will automatically reduce its resource usage while you’re playing. You can keep Edge open and launch a high-intensity game without losing RAM. The browser will restore its power usage once the game is closed.

Efficiency Mode can be turned on directly in the Edge browser settings. You’ll find the option under the System and Performance tab in Edge settings.

Do you remember Microsoft’s classic Solitaire and Minesweeper games? Now you can play them directly in your browser. Microsoft brought a bevy of casual games to the new Edge, including some brand new titles. You can play Mahjong, Solitaire, Jewel, and Minesweeper along with a new game called Microsoft Edge Surfer.

Click the (…) menu in the top right corner of Edge and then click on “Games” to find your favorite way to waste time.

The company said the new features are available right now for anyone running Edge on Windows 10 or Windows 11 devices, although this may only apply to the U.S. currently.

If you don’t live in the U.S. or you don’t see the new gaming options on your Edge browser, it may just be a matter of waiting for the rollout to come to your region. In the meantime, you can still play on Game Pass or try out the Steam Deck for a mind-blowing experience.