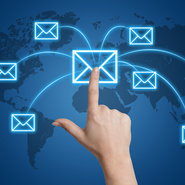 MICROSOFT IS REFUSING to hand over the user emails that it stores outside the US to the US authorities.

The Redmond firm has held a tight grasp on the information for some time now, and has stoically promised to protect its customers from US authorities.

In April, the firm said that US subpoena power doesn’t extend to foreign countries.

However, a US judge refused to accept this argument.

Microsoft released the same message in June, and kept its commitment to preserving user content.

“We’re continuing to challenge this search warrant in the courts as promised on behalf of our customers who expect and deserve basic privacy rights,” said a Microsoft spokesman. “The US government can’t execute a search warrant in other countries, and we don’t believe it has the authority to ask Microsoft to do what it can’t.”

On Friday 29 August, chief judge Loretta Preska of the US District Court in Manhattan upheld the earlier ruling, a decision that could have forced Microsoft’s hand. However, the firm has kept its hands firmly on its data jewels.

Microsoft told The INQUIRER that the final decision on the data will be made in the appeals court, adding that it expects to always retain the emails.

“We will not be turning over the email. Everyone agrees this case can and will proceed to the appeals court,” it said. “This is simply about finding the appropriate procedure for that to happen.”

Batteries made of sugar can last 10 times longer