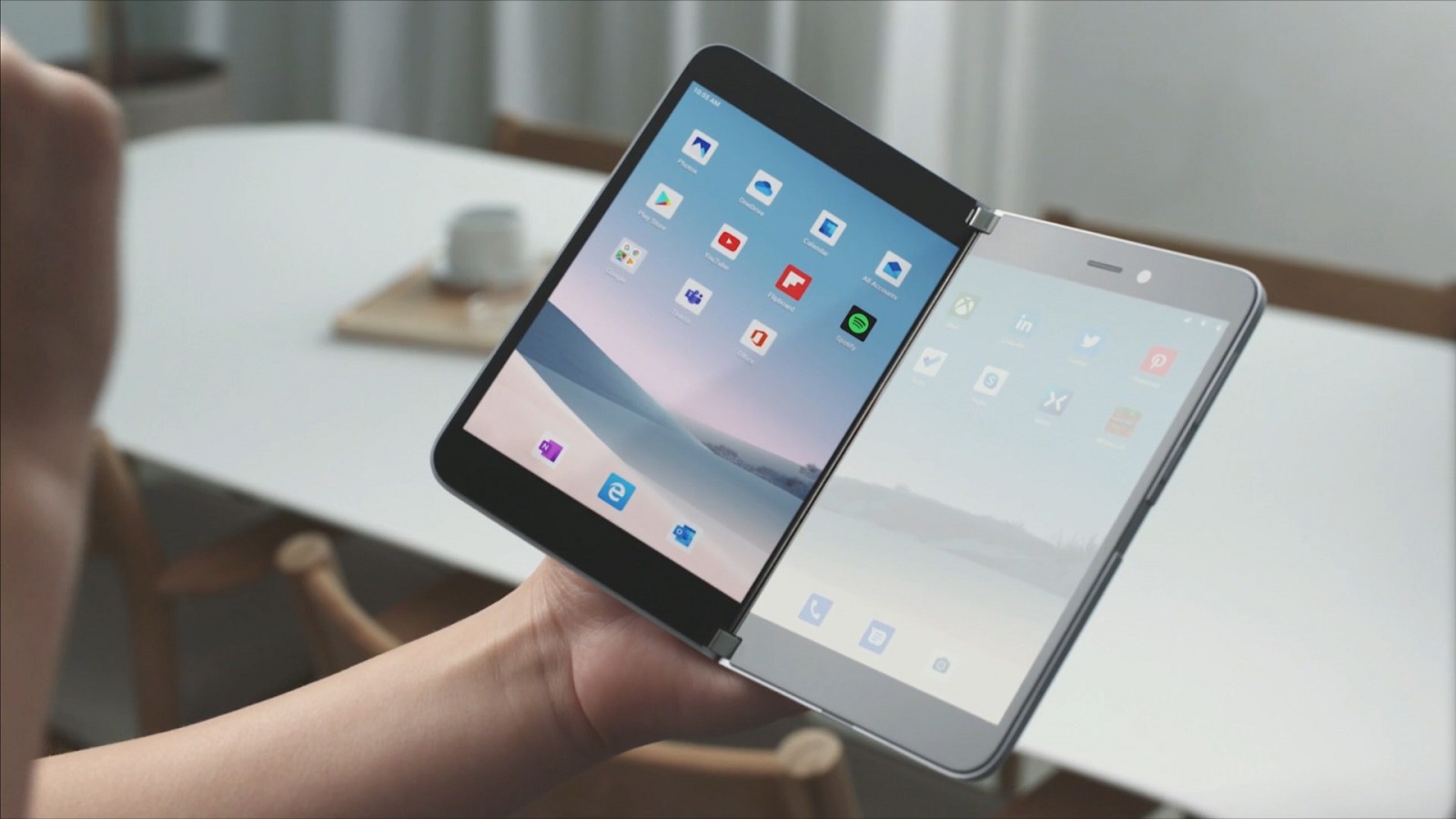 Microsoft doesn’t want you to think of the newly announced Surface Duo as a phone. And the reasons are far from technical. The Surface Duo attaches two 5.6-inch screens around a central hinge. It has a modem to connect to the network and make phone calls. By any definition, Microsoft has made a phone. It even runs Android.

Panos Panay, Microsoft’s chief product officer, even had difficulty denying that the Surface Duo is a phone. During the launch presentation in New York, he acknowledged that media would probably refer to it that way no matter how he spun it. (Here are 8 things we still don’t know about the Surface Duo.)

“Make no mistake,” Panay said by way of a redirect. “This is a Surface device.”

Microsoft announced the Surface Duo at a pivotal time when interest in devices that can double a phone’s screen size is on the rise. Samsung’s problematic Galaxy Fold shows the promise of an ultralarge screen you can fold up and put in your pocket, but it also revealed the peril of a bendable screen that’s far weaker than glass. With the Surface Duo, Microsoft thinks it can do better than fragile foldable phones.

In the Surface Duo, Microsoft attempts to plant a flag on the best of both worlds, a cellular device that doubles your screen size with two sturdy glass screens.

So why can’t a Surface device be a phone, too?

Phone or Surface device, the difference is mainly semantic. Perhaps it exists within Microsoft’s marketing psyche as a way to deflect an awkward explanation for why a company with such a rich history making Windows phone software is now trying to sell an Android phone.

Maybe calling the Duo a “phone” is a way to explain why it doesn’t have a second, external screen like the Galaxy Fold and other prototypes we’ve seen. Or maybe it would be Microsoft uncomfortably admitting defeat after it closed its phone business in 2016 — the Lumia 650 was the last phone to run mobile Windows software.

“Surface Duo does much more than make phone calls – it’s a dual-screen Surface that fits in your pocket, bringing together the best of Microsoft productivity experiences, Android apps, and Surface hardware design into a single device,” said a Microsoft spokesperson in an email.

Before the iPhone arrived in 2007, Windows Mobile was on the rise, with a 50% US marketshare in Q2 2007, according to NPD Group, and 12% global reach, according to O’Reilly, citing Gartner.

At its inception, Windows Mobile software had a sophisticated file system that turned small-screen phones into mini computers that were perfect for on-the-go geeks. But it was Apple’s more intuitive iOS that caught the attention of the masses, with Google’s rapidly maturing Android OS following a year later.

Despite several overhauls to Window Mobile, Windows Phone and Windows for phones, Microsoft’s mobile software struggled to match the features and apps available in Android and iPhone — even after buying Nokia’s phone business.

By 2011, the brand barely registered 2%, while Android soared to capture 53% of the US market and iOS took 29%. Joining the Android current, which just a few years before was barely a blip on the radar, would be a bitter pill for any former competitor to swallow.

Microsoft begs to differ. “We are embracing customers where they are and building on technology they use with benefits only Microsoft can bring,” the spokesperson emailed. “We are building on top of Android, just as we’ve built on top of Chromium in our Edge browser, to give our customers the best of both companies.”

Microsoft may have a checkered mobile past, but its leadership today, helmed by Panay and CEO Satya Nadella, is taking the first necessary step to possibly repair Microsoft’s smartphone reputation. Making any kind of dent is a radical long-shot by any measure.

But by giving the Surface Duo an Android OS and the power to make calls, Microsoft is putting itself back in the conversation — no matter what kind of device you want to call it.