MICROSOFT VS SONY: THE WAR OF THE CONSOLE IS A WAR OF ATTRICTION
Advertisement 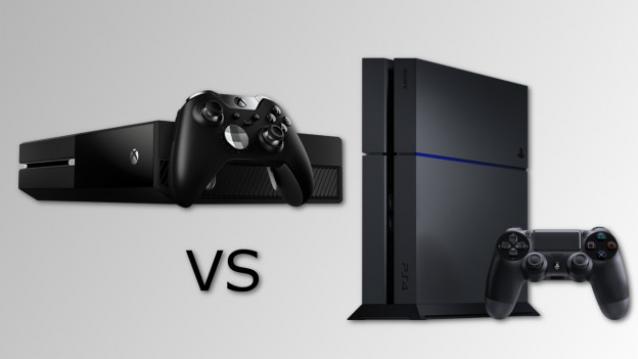 What’s the first console that pops to mind when you think of gaming? Chances are high that it’s the Sony PlayStation 4, and with good reason.

Microsoft made the mistake of initially marketing its console, the Xbox One, as an entertainment platform, as was seen at its E3 unveiling. Sony, on the other hand, was very clear that a game console is about games.

If that wasn’t bad enough, Microsoft decided to bundle the $100 Kinect accessory as an essential part of the Xbox One platform and its faux pas when it came to sharing games didn’t help either.

Microsoft has learnt from these lessons, however, and has largely fixed most of these oversights.

While Microsoft’s been busy patching things up with the gaming community, a community whose fingers Microsoft has burned one too many times, Sony has been focussing on what it does best, games.

Games on a game console?

One just needs to glance through the list of games available on both platforms to see that Sony offers the better deal in that regard. With the Xbox, you only really get Halo, Gears of War and Forza (all of which will soon be playable on PC) and Sony offers The Last Guardian, God of War, Bloodborne, Uncharted, Ace Combat, Dragon Quest, The Last of Us, Gran Turismoand a whole lot more. Sony also managed to rope in legendary developer, Hideo Kojima, which should translate into some even more amazing games.

The rest of the Xbox exclusive games are either available on both platforms, on Windows 10, or are timed exclusives that will eventually make their way to the PS4. Worse still, games released on both platforms generally look better and run at a higher resolution and frame-rate on the PS4.

Sony also has a dedicated following in Japan, a market that Microsoft is just not able to penetrate. North America, which has traditionally been an Xbox stronghold, has seen the PS4 take the lead by a significant margin. The PlayStation Network also boasts of 110 million users vs the 49 million on Xbox Live.

Things do seem to be looking up for Sony, but Microsoft is far from out of the running and in the end, may actually emerge victorious.

Don’t write off Microsoft just yet

The PlayStation 4 is a great device with great games and a dedicated following, but its biggest problem is Sony itself. Companies like Apple and Samsung have eaten away at Sony’s smartphone market, it’s nowhere in the laptop space and even its TVs aren’t doing well. Sony Pictures Entertainment and the PlayStation division are, in fact, the only profitable divisions that Sony operates. In fact, it was only thanks to the PS4 that Sony actually managed to turn a profit last year. In fact, Pokémon Go has taken Nintendo’s value beyond Sony’s.

Microsoft has been constantly undercutting the PS4 on the price front and it looks like they’re going to be doing the same with games as well.

Sony’s heavily dependent on the PS4 for revenue and Microsoft’s constant undercutting will take its toll on them. Microsoft can be an also-ran; it can afford it. Sony can’t.

Another carrot that Microsoft is dangling in front of developers and gamers and that’s Windows. With Microsoft’s tools, developers can develop games on both, the Xbox One and PC. The similarity of current console and PC architecture means that this is far easier than it was in the days of the Xbox 360 and PS3.

Windows 10 compatibility also means that developers will tend to use the DirectX API, which is powerful, and a Microsoft exclusive. Sony has to rely on the open-source OpenGL API which is also powerful, but incompatible with DirectX. For a developer, it’ll take more effort to convert and optimise a game designed in DirectX to run on OpenGL. The reverse is also true, but the catch is that Windows supports OpenGL.

Cross-buy also means that a gamer can purchase a game on Xbox and receive a license for the same on Windows 10 as well. There are myriad issues that cross-buy brings up, not least of which is price on PC, but we’ll leave that for another story.

Moving beyond the console

As far as Microsoft is concerned, gaming isn’t as big a deal as Windows. Phil Spencer, the man who effectively runs Xbox, said that Microsoft wants to move beyond consoles. They’ve already set their sights on the future and are content to build a platform that users will want to use and developers will want to develop on. UWP (Universal Windows Platform) and other updates are also aiming to offer an almost seamless experience between Xbox and Windows.

Effectively, Microsoft has the weaker console and fewer exclusives (30 on the Xbox One vs 100 on the PS4), but Microsoft is offering much more than just a gaming platform.

Microsoft is building an ecosystem; Sony is only building games.