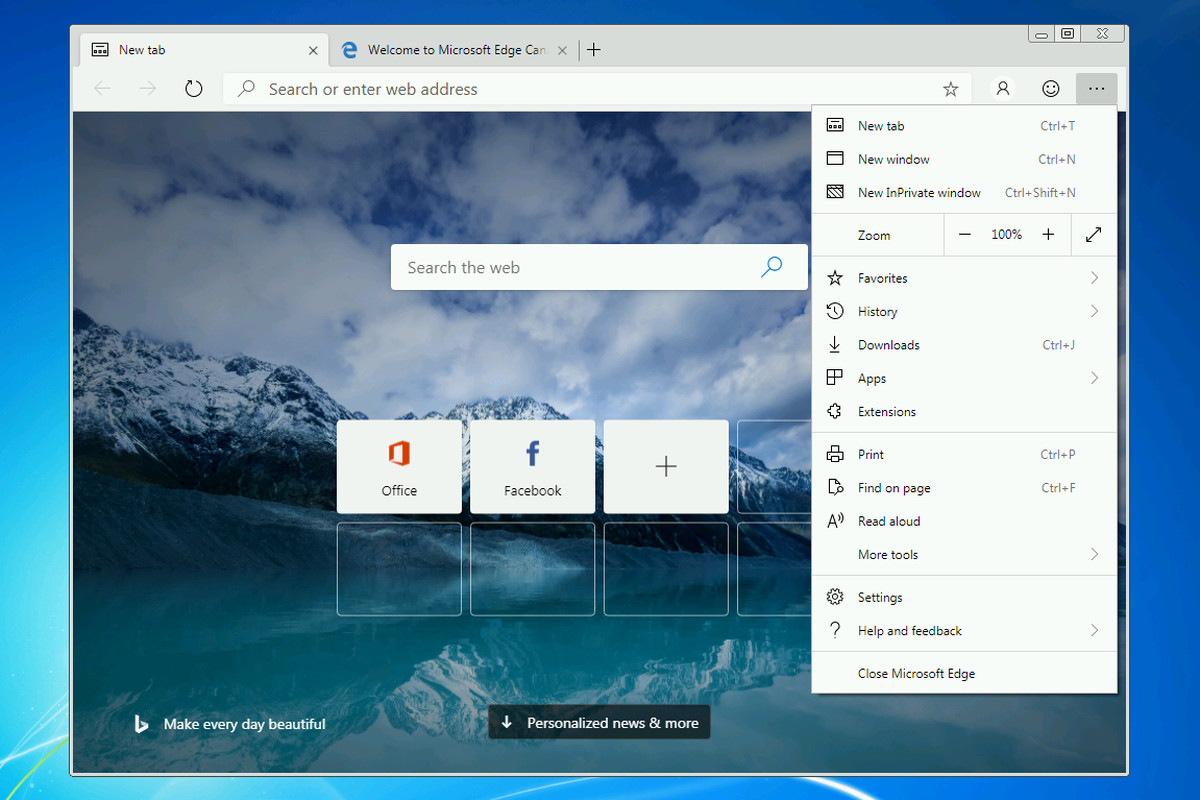 Microsoft is making its Chromium-powered Edge browser available on both Windows 7 and Windows 8 for testing today. The release comes two months after Chromium Edge first debuted on Windows 10, and a month after it appeared on macOS. Microsoft is releasing the daily Canary builds initially, and plans to support the weekly Dev channel “soon.” You can download the installer over at Microsoft’s Edge Insider site.

“You will find the experience and feature set on previous versions of Windows to be largely the same as on Windows 10, including forthcoming support for Internet Explorer mode for our enterprise customers,” explains a Microsoft Edge team blog post. While most features will be the same, dark mode is missing and Microsoft says there is no support for AAD sign-in.EDGE IS COMING TO WINDOWS 7 BEFORE ITS END OF SUPPORT

Microsoft is still testing its Chromium Edge browser across Windows 10, macOS, and now older versions of Windows, and it’s still not clear when the company will start to release it more broadly. Edge will be available for Windows 7, despite the fact Microsoft is planning to end support for the operating system next January.

Edge Chromium will include an IE mode for businesses, and a new Collections feature that’s designed for web users to be able to more easily collect text, images, and information from the internet into a note. We got a closer look at the new Microsoft Edge earlier this year.

How you lock your smartphone can reveal your age: UBC study