Understanding The Science Behind Encryption 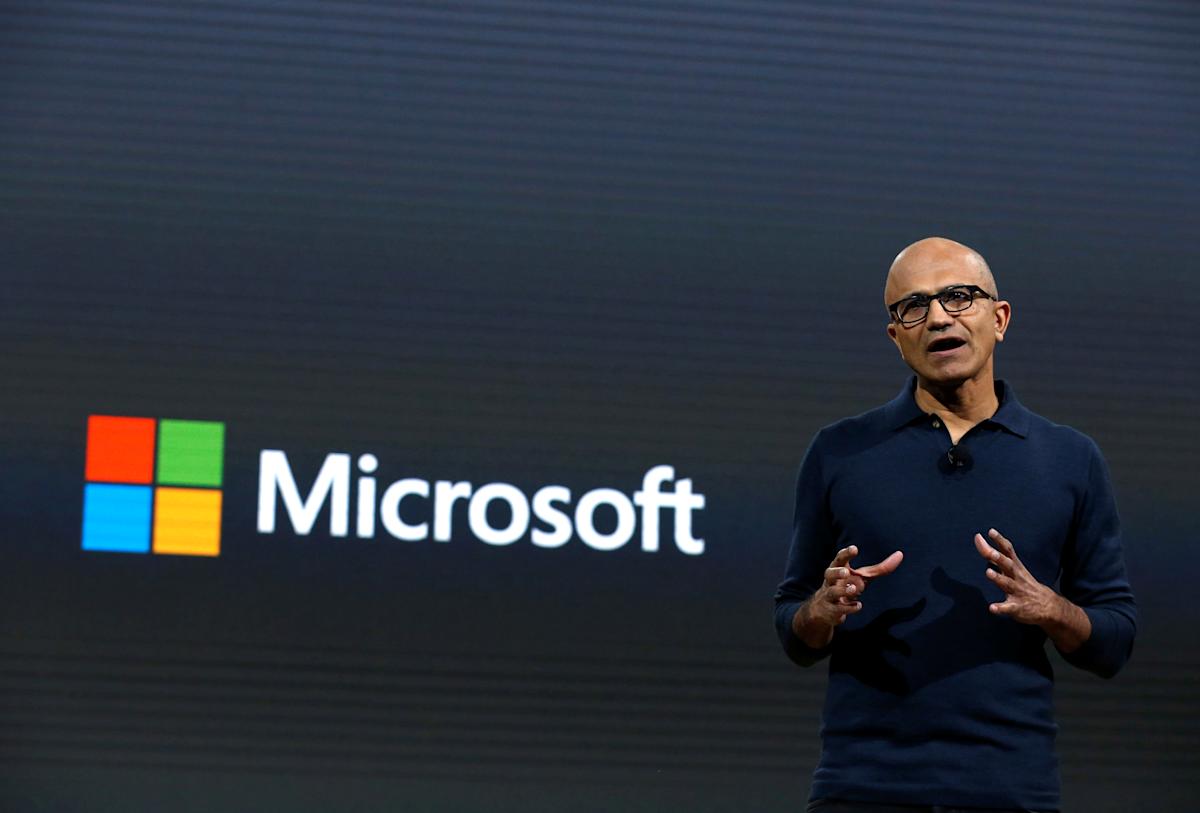 Revenue in the first quarter, ended Sept. 30, climbed 22% to $45.3 billion, the Redmond, Washington-based software maker said Tuesday in a statement. That exceeded the $43.9 billion average estimate of analysts polled by Bloomberg. Profit excluding a tax gain rose to $2.27 a share, compared with predictions for $2.07. Sales forecasts by division for the current period also topped projections.

Chief Executive Officer Satya Nadella has extended the company’s success in cloud computing by lining up a steady stream of deals for Azure software, which stores data and runs applications for corporations. Internet-based Office programs also keep growing as Microsoft persuades customers to pay up for high-end versions and expanded contracts.

Sales of Azure and other cloud services increased 50% in the recent period, just shy of the 51% rate in the prior quarter. Sales of Office 365 to business customers rose 23%, as demand for advanced features pushed more customers to the pricier subscriptions.

“We used to say, ‘We’re going to have a huge party if they could do greater than 10% revenue growth’ and now they’re about double that,” said Dan Morgan, a senior portfolio manager at Synovus Trust Co., which owns shares of Microsoft. “It seems like Azure more recently has been kind of grabbing a little bit more market share.”

Microsoft shares gained about 1.6% in extended trading, after rising to $310.11 in New York. The stock increased 4.1% in the fiscal first quarter, while the S&P 500 Index was unchanged in the same period.

On a conference call, Microsoft said it sees Intelligent Cloud sales in the fiscal second quarter of as much as $18.4 billion, above the $17.9 billion average estimate of analysts. Chief Financial Officer Amy Hood forecast revenue in the More Personal Computing division to be as high as $16.8 billion, more than $1 billion above estimates.

In the past week, the software giant’s shares have hit all-time highs, reflecting investor optimism about growth prospects for Azure, Office, artificial intelligence and gaming. The company’s market capitalization sits above $2.3 trillion.

Including the tax benefit, first-quarter net income rose to $20.5 billion, or $2.71 per share, Microsoft said. The benefit relates to Microsoft bringing some intellectual property back to the U.S., which will result in a higher overall tax rate later, Hood said in an interview.

Cloud sales to businesses in the recent quarter rose 36% to $20.7 billion, topping $20 billion for the first time, Microsoft said. Gross margin, or the percentage of sales left after subtracting production costs, in that area narrowed “slightly” to 71%, the company said in slides posted on its website. Without the impact of an accounting change, gross margin would have widened by 4 percentage points.

In Office software tapped via the cloud, customers are expanding the number of user subscription they’re buying and paying more for premium product tiers to get features like added security and voice controls, Hood said. She also noted strength in corporate PCs, which carry higher-priced versions of Windows.

The Azure business faces stiff competition from market leader Amazon.com Inc.’s Amazon Web Services and No. 3 Google. While Azure revenue has been growing at a pace above 40% a quarter, investors have sometimes been disappointed when those gains slowed in certain periods.

Azure’s growth rate has been fluctuating in recent quarters because of currency exchange rates. In the first quarter, revenue in that business increased by 48% in constant currency, compared with a constant-currency rate of 45% in the previous period.

“Whether we’re talking about the infrastructure layer or the data layer or adopting of some of the Azure AI technologies, we’re seeing good, strong consumption growth in a broad portfolio,” Hood said.

The solid gains overall allayed some investor and analyst concerns that the company might not be able to keep up the pace after a strong performance in the last fiscal year, when total sales jumped 18%.

In the first quarter, sales by division broke down as follows:

The company’s Xbox business in particular has been held back by supply-chain snags that have meant there aren’t enough chips to keep up with console demand. Shipping slowdowns also have made it harder to get the devices, which are transported from Asia. Microsoft is working with its supply-chain partners and trying to rush delivery, Xbox chief Phil Spencer told a Wall Street Journal conference earlier this month, but the issues will persist into the coming year.

Revenue from Xbox hardware more than doubled, though comparable sales from the year-ago period were low ahead of the release of a new version of the console, Microsoft said. Overall gaming revenue climbed 16%.