Microsoft’s ‘Sway’ Changes Everything You Know About PowerPoint
Advertisement 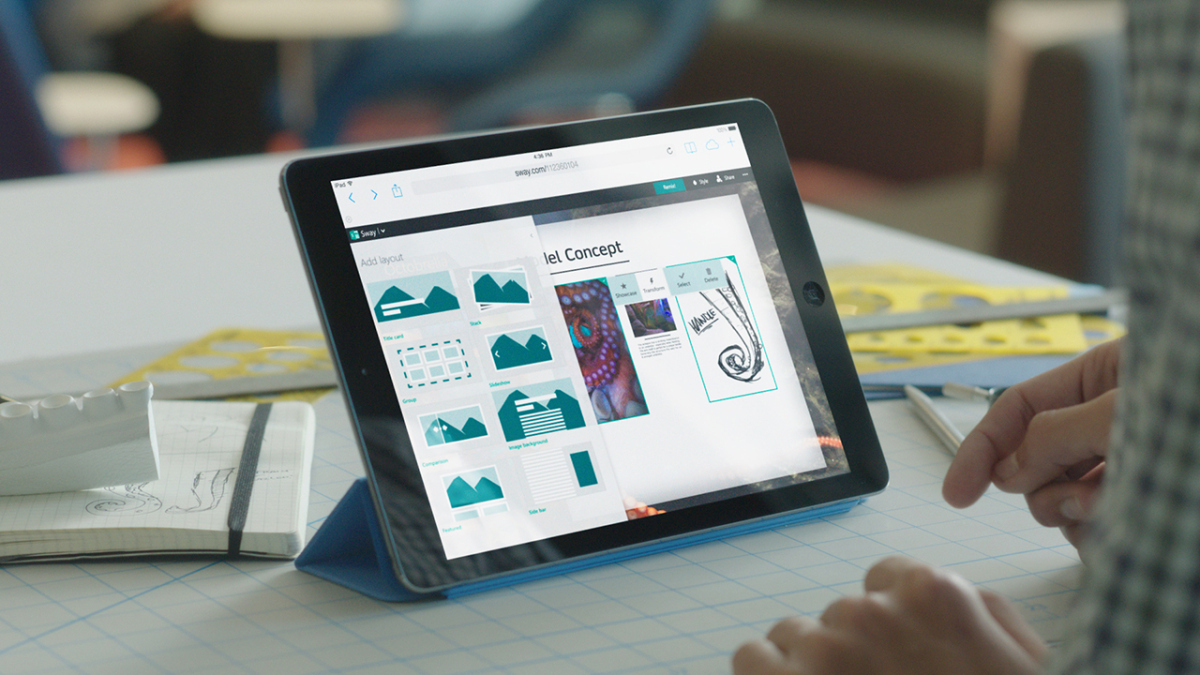 Microsoft gave PowerPoint a mobile-friendly twist Tuesday with a wider publicrelease of Sway, a new presentation app designed for the confines of mobile phones and tablets. The preview version of the app is now available without signing up for a waiting list, though Microsoft hasn’t announced a release date for the finished product yet.

Microsoft is hoping Sway will appeal to a new set of users: Movers and shakers who want to whip together presentations across a slew of devices, from their 20-inch desktop to their 4-inch smartphone. Squeezed for time and screen space, these users could easily dispense with PowerPoint’s more esoteric features — Its seemingly endless selection of fonts, for instance, includes three species of Wingdings.

The question for Microsoft’s design team was where to make the cuts — and it’s clear from the first glance at Sway that they haven’t just debuted a new PowerPoint with a few nips and tucks. They’ve done reconstructive surgery.

Gone are the dropdown menus nestled within more dropdown menus. Gone are the finicky buttons regulating every square inch of your slides. Gone, even, are the slides. In their place is an interface so spare that experienced PowerPoint users may feel a momentary loss of control.

“Candidly, what we did with Sway was we took the design instincts of real designers and encoded them into algorithms,” says Alexander. The result is a digital design assistant that does the heavy lifting for you. Instead of scrolling through font menus, an icon labeled “Remix!” instantly switches out the font and matches it against a new background. Instead of nudging around headlines, bullet points and images, each item can be created individually, and the program stitches them together into a neat little slide. And that word “slide” is no longer an apt description of the finished product. If anything, Sway’s results resemble a very long webpage, fit for scrolling rather than flipping.

“Docs and Powerpoint were originally designed with an eye toward emulating an analog form of content: A piece of paper for a document. A flip chart for a presentation,” Alexander says. “We wanted to create a new, digital-oriented output that doesn’t try to emulate a paper-based environment.”

Here’s What We Were Searching for on Google This Year

Being a First Time Entrepreneur