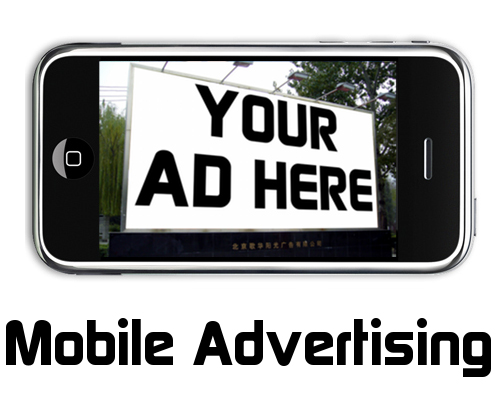 Smartphones and tablets will this year draw more money from advertisers than the traditional outlets of newspaper and radio, The Wall Street Journal reported.

According to estimates from research firm eMarketer, spending on mobile advertising will jump 83 percent to almost $18 billion this year. That’s compared to $17 billion for newspapers and just $15.5 for radio. “As more eyeballs are going there in larger numbers, the dollars are starting to follow,” Cathy Boyle, an eMarketer mobile analyst, told The Wall Street Journal.

Smartphones and tablets have existed as an advertising medium for less than a decade, so on the one hand this comes as a sign of how rapidly the advertising landscape is changing. On the other hand, mobile ad spending still doesn’t match the amount of time Americans spend on these devices. eMarketer estimates that American adults spend roughly one quarter of their media time on smartphones and tablets, compared to just 2 percent for newspapers. This year’s projected mobile ad spending growth will raise the medium’s share of the ad market to only 9.8 percent, compared to the current figure of just under 10 percent spent on newspaper advertising.

The relatively slow rate of growth in ad spending for mobile can be attributed to a few underlying causes. Marketers are reluctant to break from a medium they know (print) for one whose effectiveness is relatively unproven. Another factor many analysts point out is advertisers’ unhappiness with mobile ad formats. As new advertising products emerge to keep up with the mobile explosion, this is beginning to change, leading to the increase in spending. Location-based mobile advertising is also leading to this increase, as it opens up new possibilities for targeting consumers when they’re more likely to be receptive.

“I think it’s going to take a very big bite out of all the advertising dollars,” said Yariv Ron, CEO of mobile ad company Appwiz. “The infrastructure is not there yet. Only now is it starting to take form and shape.”

As mobile advertising continues to grow out of its infancy, it seems only fair to expect spending to continue to grow, until it one day reflects the amount of time users spend on their devices.

APPLE WILL REMOVE BENZENE AND N-HEXANDE FROM ITS FINAL PRODUCTION LINES FOLLOWING A CAMPAIGN FROM LABOUR ACTIVISTS IN CHINA.