Moto Mods aren’t dead yet, if this Moto Z4 leak is to be believed
Advertisement 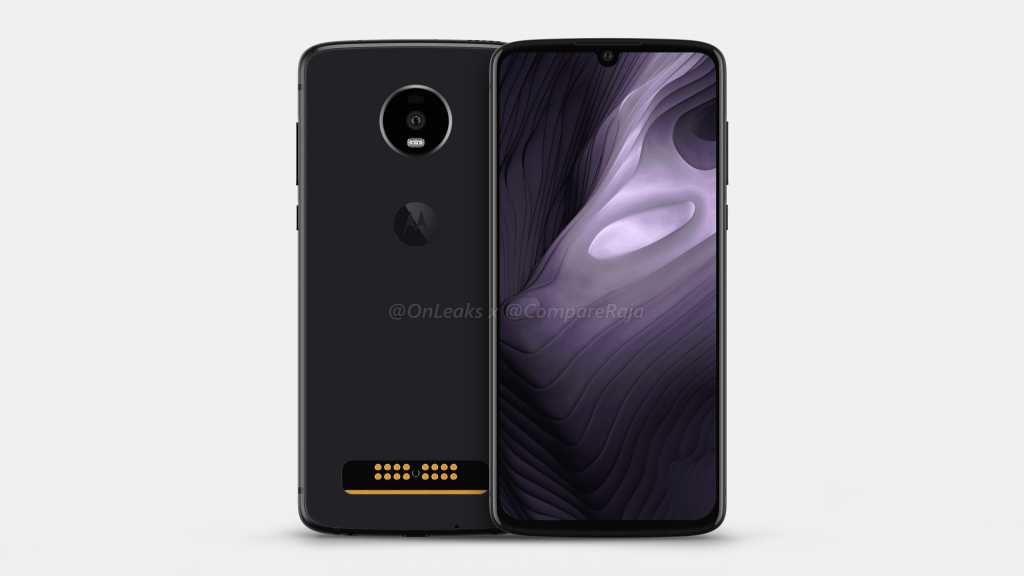 Motorola’s Moto Z4 phone has leaked, and while it isn’t much of a surprise that the company would make a fourth iteration of its flagship Android phone, it’s the first indication we’ve seen that its Moto Mod initiative may still be alive and kicking — because you can clearly see the copper contacts for its modular Moto Mods accessories on the back of this alleged phone.

The release of new Moto Mods has slowed over the past couple years, so much so that it was unclear if the initiative had a future. After all, the last big wave of new Mods came along with 2017’s Moto Z2 Play. Since then, a promising fold-out keyboard developed by a third-party company was canceled in 2018. In an interview with Engadget at the time, Motorola insisted that it would continue working on Mods for the foreseeable future.

But other than the 5G Moto Mod, which is now available for preorder and only compatible with Verizon’s yet-to-launch consumer 5G network, we’re not seeing any indication that another big wave of Mods is coming. So, it’s possible that the Moto Mods attachment point may exist simply to appease past customers instead of attracting new ones, but we’ll have to wait until more information leaks out to get a bigger, better picture.

A few other rumored details have surfaced from publication 91mobiles. The 2019 model may use a Snapdragon 855 processor, which would go a long way to make amends with phone enthusiasts who felt burned by last year’s Moto Z3. It used the older Snapdragon 835 while other flagship phones opted for the Snapdragon 845.

The Moto Z4 pictured in the leak appears to have a teardrop notch, new to the Z line but similar to the one found in this year’s Moto G7. With regards to the lack of a visible fingerprint sensor in the photo, Moto may opt for an in-display fingerprint reader instead of embedding one in the side of the phone, which it did with the Moto Z3. When he reviewed the Z3 last year, Chris Welch said that the side-mounted reader was “awkward to use,” and while an in-display option might reduce the awkwardness, it may not necessarily be better. The Samsung Galaxy S10’s in-display solution ended up being “slower and more finicky” than what it used before, though Moto may figure out a way to improve it.

Microsoft is bringing its Defender antivirus software to the Mac