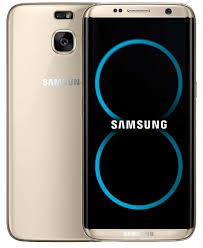 With just over a week to go until the official launch of the Samsung Galaxy S8 and S8 Plus, the South Korean company is building up speculation around the handset and continuing to position its ambitious technology and styling  before it fully reveals the hardware.

The latest move is another teaser advert broadcast on South Korean television (and available on YouTube). The geekerati online may be aware that there is a new flagship smartphone on the way, but that may not be as widely known in the general population. Rather than wait for the media to cover the launch event, Samsung is getting ahead of the game and setting up the direction of the story beforehand.

Of course the Galaxy S8 name was confirmed months ago. While this was an unusual move, it was a necessary step in the wake of the Galaxy Note 7 debacle to calm the market and give Samsung the ability to say on the record that yes, the new S8 would definitely be coming out in 2017.

This has allowed Samsung to be more proactive with media coverage in the run up to the launch and take control of the initial pitch to the public. Not only does the advert nicely set up the progression of the Galaxy S devices in the opening jingle, it also reinforces the external silhouette shape of the device whilst subtly pushing the idea of the Galaxy S8 being a doorway to adventure.

There’s also a lot of 3D effects going on in the advert, which no doubt will tie into the curved glass of the ‘infinity screen’ that Samsung will use to differentiate between flat-screened rivals.

Finally, the ‘Unpacked’ event brand is used along with the graphic illustrating the reduced size of the top and bottom bevels. Given the use of these marks online, this should help tie the advert to any online chatter that people will be picking up on.

These TV spots are not for those who are intensely focused on the day-to-day smartphone news so it should not be a surprise that there is no new content. Instead the adverts are being used by Samsung to build up anticipation in its home market and around the world, to help steer the story to the areas where the S8 is strongest and ultimately to create demand for the device so it can be a hit the second it goes on sale at the end of April.

GOOGLE’S NEW RECAPTCHA AUTOMATICALLY TELLS YOU ARE NOT A BOT