New Huami Amazfit GTS smartwatch is here, and it looks just like an Apple Watch
Advertisement 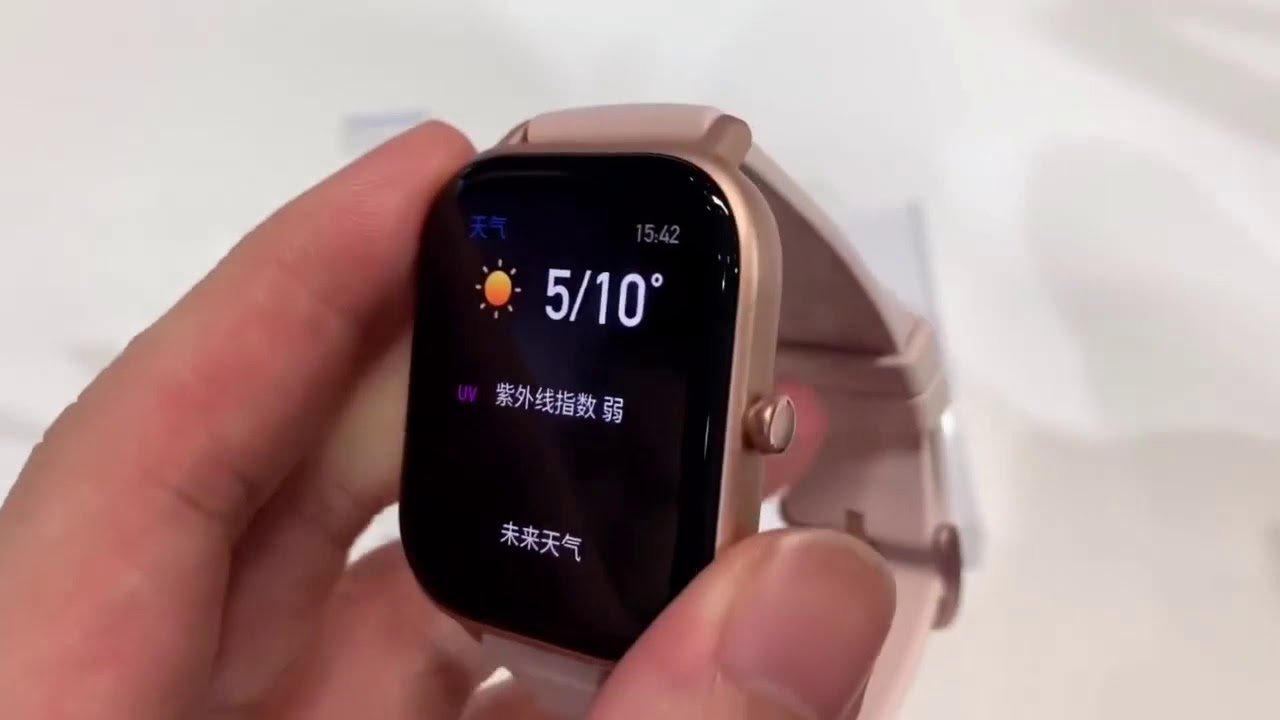 Chinese manufacturer Huami has just announced its next Amazfit smartwatch, and it looks similar to the design you’d expect on an Apple Watch.

The new Amazfit GTS is the latest device revealed by Huami, which is affiliated with Chinese company Xiaomi. The GTS looks remarkably similar to Apple’s wearable device with a square display, a metal body, and a crown sat on the right hand side to interact with the wearable.

This device is currently only confirmed to be launching in China, but based on the company’s other products we’d expect it to come to other markets around the world in the coming months.

It features a 1.65-inch AMOLED display with a resolution of 348 x 442 – that’s 341 pixels per inch. It’s a similar look to what we saw a couple of years ago on the Amazfit Bip, but this looks to be a more high-tech device in a variety of ways.

The watch is made of aluminum, and it’s water-resistant up to 50 meters, so you’ll be able to take this into water without worrying about it getting damaged. You can also buy it in six different colors including silver, rose gold and black.

There’s a 220mAh battery inside that Huami claims will last for around two weeks. There’s GPS too, which if left on constantly will result in around 25 hours of life.

The Amazfit GTS also sports a heart rate sensor, NFC, Bluetooth and a variety of other features.

It comes in two versions. One is made of stainless steel and is 48mm in diameter, while the other has titanium bezels and uses sapphire crystal in its design as well.

The watch is water-resistant up to 50 meters, and its battery is expected to last around a week. If you need longer life, there’s an Ultra battery mode, but you’ll lose access to some useful features. Although heart rate tracking and notifications will remain on and this mode should help the battery last for around two weeks.

There’s also almost 2GB of space, which will allow you to upload your own music to the watch and listen to it while working out through Bluetooth headphones.

Again, the watch is only available in China for now where it costs CNY 1,300 (about $180, £150, AU$270). Amazfit also teased the company’s first fitness tracker with a screen, which is a device it’s currently referring to as the Amazfit X.

There’s no clear word on when the tracker will come to market, but from early shots of the device you should expect something similar to the Samsung Gear Fit 2 Pro with a large AMOLED display, rather than the smaller Xiaomi Mi Band 4.