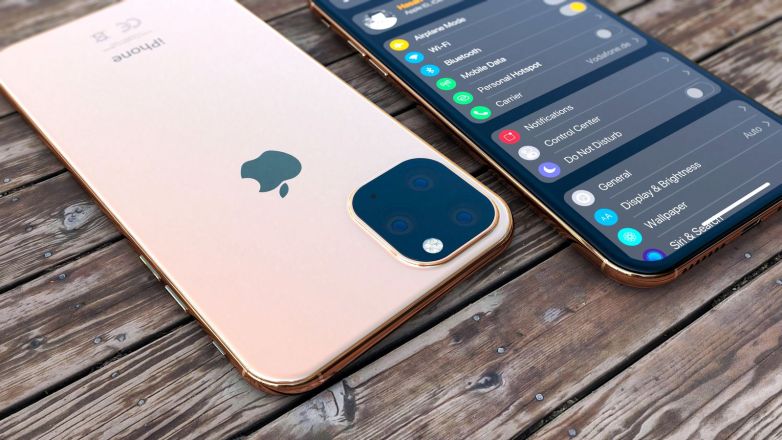 We have just two more months to go until Apple unveils the iPhone 11, which means we’re going to see more and more leaks in the coming weeks as the iPhone 11, 11 Max, and 11R (or whatever Apple ends up calling them) head to production. But we already have a pretty good idea of what to expect from this year’s iPhones when it comes to design, and now we have a brand new leak that supports all the previous design leaks

All three iPhone 11 models will have a square-shaped camera module on the back that will contain three lenses on the iPhone 11 and 11 Max,  and two lenses on the iPhone 11R. That camera design will force Apple to make some changes you’ll never see because they’ll be inside the phone. Apple had to figure out how to add that extra lens without affecting the battery life of its new phones, and a leak tells us what that might entail.

According to the following image that someone on SlashLeaks sourced from Facebook, the iPhone 11 will have an I-shaped logic board rather than an L-shaped one, as was the case with the previous iPhone generation.

Below, you’ll find an image from iFixit’s iPhone XS teardown that shows the design and location of the logic board in last year’s flagship iPhone. You’ll also notice that the battery in the iPhone XS phones features an L-shaped design. While you’re at it, check out the SIM tray’s placement relative to the logic board and the battery:

As you can see, the logic board is placed on the same side as the rear camera, but it doesn’t go all the way down to the bottom of the phone. Moreover, Apple used the space available between the dual camera and the battery for the logic board. That space will now be occupied by an extra camera on the iPhone 11.

The leak also indicates the logic boards are in the making at Apple’s suppliers, which means the iPhone 11 supply chain is already shipping parts to Apple’s assembler Foxconn. That said, it’s still only a leak that won’t be confirmed until iFixit tears down the iPhone 11 phones after they’re released.