NEW RULES REGARDING LAPTOPS ON PLANES WILL AFFECT US ALL
Advertisement 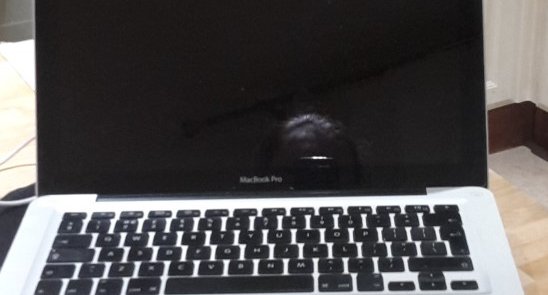 Well today we greet the news that we will not be able to take laptops into the cabins of planes leaving the Middle East, Just the countries on the list?

If, of course, you are already in the Middle East, as I am, this creates a problem. Sitting in Beirut, I am now working out how to secure my laptop whilst it is in the hold; not that easy to do.

We, at RPS Partnership, provide security advice for travellers on our training courses. We always advise don’t put valuables in the hold. Keep them in your hand luggage! The airlines say the same. That now seems to be more and more impossible to do. Hmm, so what do we do?

How are the airlines going to secure our laptops when valuables go missing from hold luggage on a daily basis?

The news may well be based on solid intelligence and good proactive security, however this latest attempt to beat the terrorists may well be viewed with a healthy measure of cynicism and disbelief. Do they think that terrorists don’t read the news? If the belief is that a computer may be used, then the ban on carrying computers in the cabins should and must be on all flights, from all parts of the world. Maybe that is next of course? Airline security must be consistent on a global basis, if not the terrorists just pick the airport with the least security and start their journeys there. The impact is sort of the same.

Remember the “shoe bomber”? We went through a whole phase of having to take our shoes off. Now of course, that has been forgotten and the only place I ever have to take my shoes off is in the UK and that seems to be when they feel like it and depending on which airport you are in. Elsewhere, they have all forgotten this method; some airports you barely get searched if everything beeps and pings as you go through the security. Remember the printer bomb? Same thing! Noone ever asks me to take my printer out anymore.

Maybe stepping up security in Middle East airports might be the better option; come to think of it step up the security in airports in Africa and the Middle East (which is where I have the most recent experience), The bomb put on the plane in Egypt was not about what container the bomb was in (could easily have been a computer), it was more about the lax security procedures in the airport that allowed the bomb in in the first place. This is something which I have found to be common in many airports in certain parts of the world. From sleeping security guards to immigration services who can not check my exit stamp from a country with a computer and have wade through paper files at the Ministry of Security downtown.

So back to my original question. How am I going to secure my laptop. I guess I can’t.

If they actually enforce it at Beirut airport (some articles say Lebanon is included and some say it is not.). I probably won’t find out til I arrive at the airport.

So what can we do?

Make sure everything is backed up, Ensure there is a password on your computer, encrypt the hard drive and ensure that it is in a protective case and packed in the middle of your case with clothing around it to provide more protection. Log out of any emails systems (or password protect them), so that if someone gets into your computer they can not get straight into your emails.

Make sure you put a lock on your suitcase, to at least make it more difficult for people to get in when it is going through baggage conveyor belts. That opportunist moment in airports is what we have all worried about for years. The final thing is make sure your insurance covers your laptop, so that if it does get stolen, you at least get the money back to replace it.

“I suppose this will also make it more difficult to justify going into business class so you can work during the flight!” So economy it is then!!!