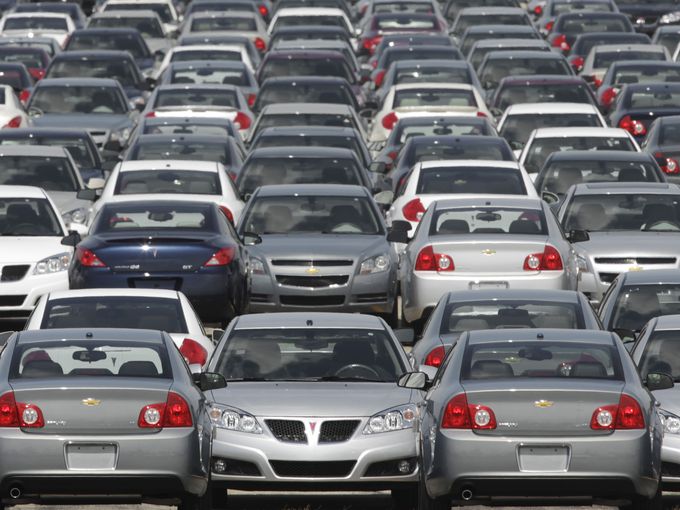 Nigeria’s online car market place, Carmudi has warned Nigerians against purchasing used and recalled cars. Recalled cars are cars that automakers order for their return after releasing them to the market. This is always due to some technical problems resulting from parts omission in the factory during production.

Recall that recently, American automaker, Ford announced a major recall of 850,000 vehicles from model years 2013 and 2014 due to a problem with the “restraints control module.

Also, it was documented that Toyota Hiace YH3 buses were recalled in Australia as a result of fire in 1990 and recently in 2012. The 1990 safety recall closed August 26, 2010, the period Nigeria started recording high Toyota Hiace crashes involving fire incidents giving proof that most of these recalled cars made their way to Nigeria.

In a statement, Carmudi said such brands of recalled cars could find their way into the Nigeria market and therefore shared insights on what to do when one buys such cars.

According to the statement “Sometimes due to ignorance or oversight, many of such cars have made their way into the African auto market and eventually the Nigeria market before the recall and even after it.

“This is an issue because just last year, the Federal Road Safety Corps again raised alarm over the high rate of Toyota related crashes and accidents and even went as far as writing to the Managing Director, Toyota Nigeria calling his attention to the high rate of crashes and fires involving Toyota automobiles. He said the study indicated that road traffic crashes involving buses had been on the increase since 2007 and that available data showed an average yearly increase of 126 crashes involving Toyota Hiace buses, representing 48 per cent of the total number of buses involved in accidents.”

Carmudi therefore recommended that to avoid being stuck with a car which has been recalled “It is important to research before buying any car. The research should include the possible defect, general problem of the car like transmitting issues, battery durability, electrical faults etc. It is also important to have an idea of the fuel consumption of the car and how stable the car’s center of gravity is.”

The statement noted that if one buys a car that gets recalled, one should take the following steps: “Understand the reason behind the recall of the car ; Inform your car dealer and take the car back to the dealership where you bought it or the nearest show room; Complete all the necessary paper work and make sure all your car documents are complete because you have to hand this over too and do not sell your recalled car to another person as it may end up endangering the life of the driver and the public.”