Nintendo’s ‘Mario Kart Tour’ is out now for iPhone, iPad and Android
Advertisement 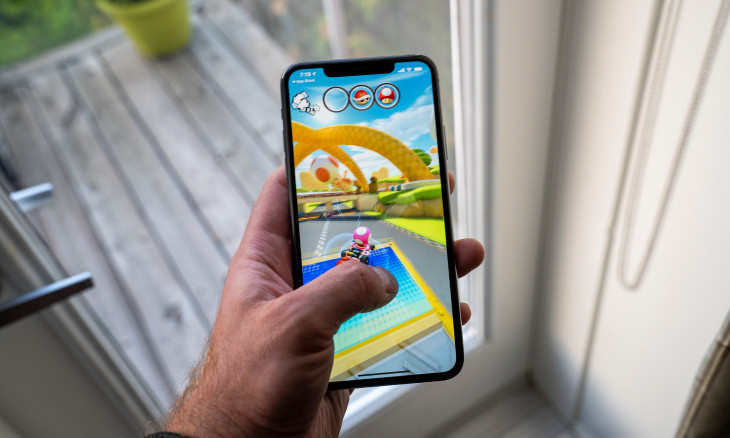 Mario  Kart Tour, Nintendo’s  latest mobile game, is now available on iOS for iPhone, iPad and iPod touch, as well as on Android devices. The game, like Nintendo’s other mobile releases, is free-to-play with in-app purchases (in-game currency called ‘rubies’) that you use for upgrades and unlocks.

Players immediately unlock one rider and get a tutorial to start, which introduces you to the Mario Kart Tour driving mechanics, which are slightly different than the ones you’re probably used to if you’ve played Mario Kart games for Nintendo’s various consoles. Specifically, your kart will always be moving forward, so there’s no acceleration to press, and instead you slide your finger side-to-side on the screen to steer left and right, with a tap firing off any items or weapons you might pick up.

High scores earn you points that can be redeemed for in-game unlocks, and the game also features other new mechanics like ‘frenzy mode,’ which gives you a timed period of unlimited item use whenever you pick up three of the same. Special challenges are also new in this mobile iteration, which introduce new ways to win instead of just placing first in a race with other kart drivers. Mario Kart Tour also features online ranking with other mobile players worldwide.

The ‘Tour’ component of the game is also a new twist: Nintendo is mixing courses inspired by real-world cities in with levels that are taken from classic Mario Kart games, and these will be cycling every two weeks for a fresh global tour on a regular basis. In-game characters will also get costume variants that are inspired by these globe-trotting destinations.

Based on Nintendo’s past track record, Mario Kart Tour should be perfectly playable without any in-game purchases, but players may feel that they hit a progression wall pretty quickly without picking up some currency. It’ll be interesting to see how this one fares, given that Apple  has just introduced its own Arcade subscription service focused on games that eschew in-app purchase mechanics – including cart racer Sonic Racing, which looks very much like it was once intended to offer similar in-app mechanics before Arcade  came along.

The iPhone 11 is available in 6 colors, including purple for the first time ever — here’s how to decide