Opinion: Can Microsoft and Google keep up with Amazon in the battle of cloud computing?
Advertisement 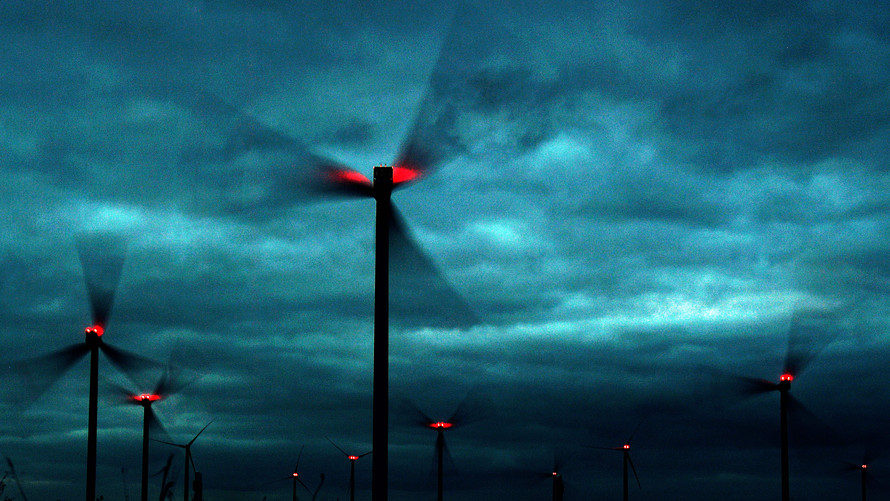 Buzzwords and hype are common in the technology sector, where everyone is looking for the next way to play the “disruption” of one thing or another.

Certainly, if you catch a trend at the right time, you can make a lot of money relatively quickly.

Of course, 3D Systems is now down about 90% from its peak. On Tuesday, shares plunged after earnings missed expectations and full-year guidance was withdrawn. And tons of respected analysts from Robert Shiller to Ray Dalio say bitcoin’s bubble is about to burst.

As tech investors, then, it’s important to look through the volatility and fancy lingo to find durable trends that deliver lasting returns.

The next such game-changing trend for investors is cloud computing. Some of these gains have already happened, as a bunch of cloud computing stocks have rallied in recent years. And heck, there are even fashionable ETFs like the First Trust Cloud Computing ETF SKYY, +0.19% dedicated to the trend.

And that’s exactly what we have in the cloud. Gartner estimates that worldwide cloud services tallied $209 billion last year and could grow to $383 billion by 2020 — an amazing 83% jump in an already large market across just four years.

So who are the players now winning this cloud computing war, and who is best positioned to profit from the rise of cloud infrastructure and the pervasiveness of this new tech trend?

There’s a reason that Amazon.com is the go-to investment for those looking to play cloud computing — and it’s not just because of the phenomenal track record of this stock. Amazon Web Services is now pacing a $20 billion annual business, posting $4.58 billion in revenue last quarter and commanded as much as 30% market share, according to one analyst.

Even more important is that the 42% year-over-year expansion in the most recent quarter is on par with the same growth rate reported last quarter. That suggests that while growth may be plateauing, AWS is still expanding at a very healthy clip. The icing on the cake is that Jeff Bezos & Co. have shown a brutal habit of dominating markets they enter even at razor-thin margins. With Amazon Web Services already a big profit center, you can be sure they will put the screws to all who try to compete in this market.

Of course, while Amazon is the leader, Microsoft MSFT, -0.76%  is no slouch. Under CEO Satya Nadella, the firm has pushed whole hog into cloud computing over the last three years — and it has paid off. Microsoft recently landed some big customers like advertising giant Publicis PUBGY, -0.41% PUB, -1.49%  and retailer Costco COST, +0.69%  for its Azure cloud-computing interface.

Microsoft’s most recent earnings report saw its Azure unit — a direct competitor of AWS — post 90% growth over a year earlier after growing a stunning 97% in the prior quarter. Its “commercial cloud” unit is now seeing a $20 billion annual run rate on par with Amazon (though admittedly some of that total is just old Office software licenses classified in a new category). It’s clear Microsoft has a sense of urgency and is intent on being one of the few left standing in the war for cloud computing revenue.

Google parent Alphabet GOOGL, -0.75% GOOG, -0.71%  has a lot of positive mojo associated with its brand, and continues to talk up its presence in the cloud-computing ecosystem. But while Microsoft and Amazon provide some numbers for investors, it’s difficult for investors to get visibility into this unit; the word “cloud” doesn’t appear once in the Alphabet news release about last week’s earnings, and its Google Cloud offerings are rolled into its “Other Bets” revenue that includes everything from Chromecast hardware to in-app purchase on Android smartphones. And still, that entire business segment only recorded $300 million in total revenue last quarter — a far cry from the scale of the cloud businesses at Amazon and Microsoft.

This summer, Google claimed it was scoring many more big deals with clientsand growing nicely, but without more details and without more scale, it’s hard to gauge whether Google will be a player or just another also-ran.

International Business Machines IBM, -1.54% has been trying mightily to restructure its business for the age of cloud computing, but it is very likely too little and too late for this one-time king of tech. Sure, its cloud business was up nicely in the most recent quarter and represents 20% of total revenue and an annual run rate of $9.4 billion thanks to big clients including the U.S. Army and Honeywell HON, +0.30% But Big Blue has struggled as an organization, suffering 22 straight quarters of declining revenue even as it crosses its fingers and bets on everything from the cloud to cybersecurity to its Watson artificial intelligence applications.

It’s always possible that IBM could continue to see enough growth and success to play with the big boys, but the broader headwinds against the business make it difficult to imagine IBM becomes a leader… and if you’re not a leader in tech these days, you’re a loser.

While the price of VMware Inc. VMW, +1.30%  shares has been on a tear since early 2016 and recently hit levels not seen since its 2007 IPO, I’m not optimistic about its staying power. The company’s core server virtualization business faces an existential threat from the likes of AWS and Azure, and that threat isn’t going away. A partnership with Amazon announced in late 2016 was cheered by VMware investors as a match made in heaven, but such a move seems self-defeating since it will only encourage firms that already use VMware for virtualization to move their datacenters wholly off-site via AWS. Integrating the two may be a short-term boon for VMware as a way to keep current clients happy, but it’s hard to imagine it will counter the long-term threat.

Non-factors: Oracle, Salesforce, SAP and every other SaaS name

For the record, I don’t see companies like Oracle ORCL, -0.13%    and SalesforceCRM, -0.03%   as anything other than enterprise software companies – not true players in the cloud.

When Priceline.com was founded 20 years ago, it was thought of as a tech stock simply because it was a dot-com name. But come on – it’s a consumer travel company. Just as retailers have had to adapt to the realities of e-commerce, so have enterprise software names had to adjust to the new normal of cloud computing. That doesn’t make them core plays on this trend, however, and investors shouldn’t think of them as such.

Instead, the question for investors is whether the actual software and value-add gives a company like Oracle or Salesforce a true edge or a wide enough moat over competitors to be worth it.