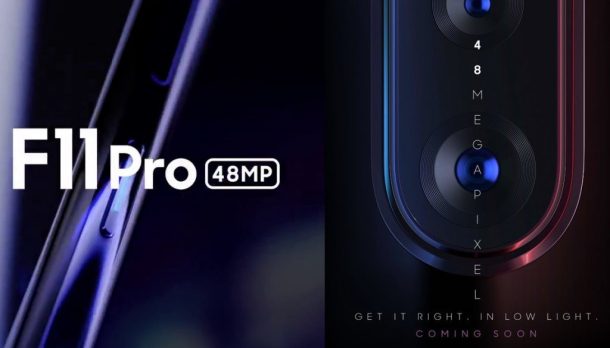 Last week we saw a leaked teaser of the Oppo F11 Pro with new camera setup on the back and no selfie camera on the front, suggesting a pop-up design. The image said “48 MP” and “Brilliant Portrait in low light”, and today the company released an official six-second video on Twitter, confirming the slogans and the design of the phone.

The new smartphone is expected to have a selfie shooter popping up from the top, but unlike the vivo NEX S, the elevating mechanism will be centered and will align with the rear camera setup, similarly to the vivo V15 Pro. Having a 48 MP shooter means the phone will have the Samsung ISOCELL GM1 sensor or the Sony IMX586.

Oppo is staying silent on any launch dates whatsoever, and has only said that the F11 Pro is “launching soon”. Still the F series are usually updated twice per year so it can’t be long now.

Report: Apple Is Trying to Get Newspapers to Fork Over Half of Revenue From Planned Subscription Service