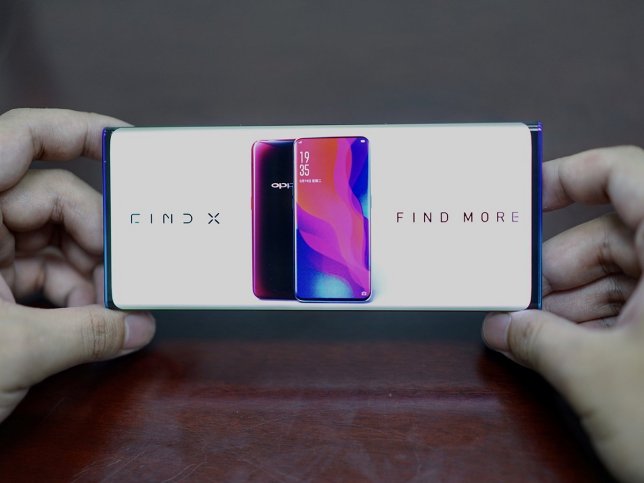 Remember when everyone got worked up about the notch on the iPhone?

Since then we’ve had pop-up cameras, folding phones and rollable screens all with the idea of making the actual gadget itself disappear into one single screen.

Tech companies are trying to get us to a point where the phone itself is just a window into Instagram, YouTube or Fortnite. And now a Chinese company called Oppo has just set the bar even higher.

The company has announced a ‘waterfall screen’ technology that will be coming to its new phones. The display has curved glass on either side with the content literally falling off the edges. Y’know, like a waterfall.

Apparently, Oppo has even developed a prototype, which it debuted on Twitter.

The online reaction seemed to be cautiously positive. Many were quick to praise the technical ability, while wondering how this gadget will fare in the real world.

‘Right now, smooth, notch-free screens with curved edges are one of the biggest trends in the smartphone world, and Oppo appears to have taken this to a new level with these designs,’ said Rob Baillie, mobile comms expert at comparemymobile.com.

‘In a great show of one-upmanship, the Chinese smartphone brand has unveiled a screen that extends beyond the edges of the phone at 88 degrees.

‘Whist the technology is undoubtedly remarkable, and aesthetically pleasing, one wonders whether the new phone design will actually be usable,’ he said.

‘Following all the problems that Samsung experienced with its folding phone, the same questions will be raised on whether the curved edge will be touch-sensitive, and actually serve a purpose. If we learnt anything from that whole debacle, it’s that screens that curve and bend can be volatile and liable to breakage.

‘Although Oppo is incredibly popular in Asian markets, it is still a relatively unknown brand in the west, so will be hoping that these ground-breaking designs will grab the attention of the western audience.’