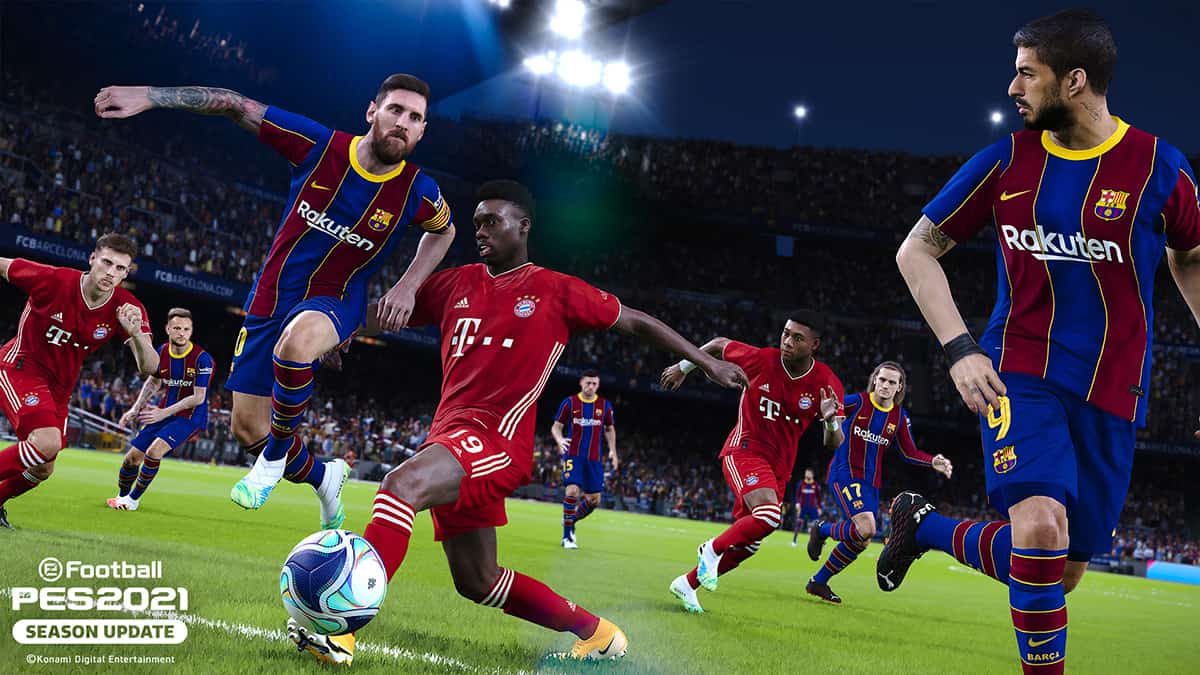 The updated game is less than two months away, and we are now getting the first glimpses of what is on offer.

We’ve seen the new strips for Bayern Munich and Barcelona for the coming season, and we can now see how they will appear in PES 2021!

Screenshots have also been shown of fellow partner clubs Manchester United and Juventus, but we are still waiting on the PES giants to reveal their new kits for the 20/21 season.

As well as the new kits, it looks as if new celebrations are coming to PES 2021 too.

We can see Antoine Griezmann toss some confetti in the air, so expect this and more to be coming to PES 2021.

We didn’t expect this – but more managers are coming to PES 2021.

The official trailer for PES 2021 showed off Frank Lampard, Pep Guardiola and Ryan Giggs, suggesting that there could be further managers coming to Master League this year.