The Underground Market For Vaccines

Behind the Paper That Led to a Google Researcher’s Firing 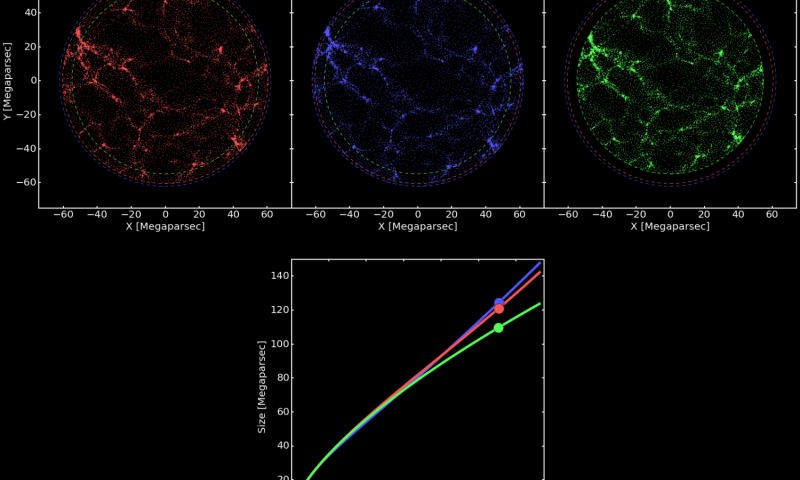 In a breathtaking achievement, physicists have shattered the world record for particle acceleration. In just 20 centimetres (8 inches), they have increased the acceleration of electron beams from 0 to a whopping 7.8 billion electron volts (GeV).

High energy particle accelerators are vital for better understanding the particles our Universe is made of, but they also have some pretty hefty limitations, especially in terms of size and cost. The Large Hadron Collider (LHC) consists of a vacuum tunnel buried deep underground, with a circumference of 26.7 kilometres (16.6 mi).

Along the tunnel, metallic chambers are spaced at intervals to generate radiofrequency waves, which transfer energy to the particles passing by to give them a velocity boost, with each radiofrequency chamber delivering an accelerating field of 5 million volts per metre (5MV/m) to ultimately deliver speeds close to that of light in a vacuum.

Last year, physicists at CERN announced that, using a developing technology called plasma wakefield acceleration, they’d achieved an acceleration gradient of 200 MV/m. That resulted in an acceleration to nearly 2 GeV in 10 metres.

It works just like wakesurfing. Laser pulses are used to generate plasma waves with electromagnetic fields that can be thousands of times stronger than radiofrequency fields. Then, just as a wakesurfer can use the waves generated in the wake of a boat to accelerate, particles can ‘surf’ the plasma waves to gain energy.

To improve on this, physicists at the Lawrence Berkeley National Laboratory designed and incorporated a plasma waveguide. These, the researchers wrote in their paper, “can be used to mitigate laser diffraction of focused laser pulses, which increases the acceleration length and the energy gain for a given laser power.”

This work was the achievement behind the previous 4.2 GeV result in 2014; now, the team has improved on their methods.

In a sapphire tube filled with gas, an electrical discharge is triggered to create plasma. Then, a “heater” laser pulse is used to drill out some of the gas from the centre of the plasma, lowering the density, which focuses the laser light.

In the previous experiment, the density of the plasma caused the laser to lose its focus along the length of capillary, resulting in damage to the sapphire tube.

“The heater beam allowed us to control the propagation of the driver laser pulse,” said physicist  Anthony Gonsalves of Lawrence Berkeley National Laboratory.

“The next experiments will aim to gain precision control over electron injection into the plasma wave for achieving unprecedented beam quality, and to couple multiple stages together to demonstrate the path to even higher energy.”

The research will be presented at the 61st Annual Meeting of the APS Division of Plasma Physics this week, and appeared in Physical Review Letters earlier this year.