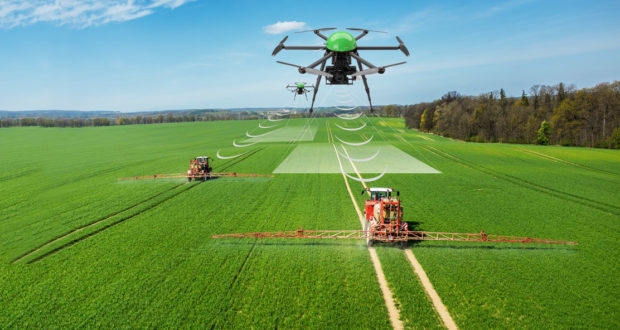 J.P. Claassen is just one of hundreds of southern Alberta farmers using the latest technology to grow his fields.

“We mainly use satellite imagery, drone imagery and ground truthing to improve our crop and the quality of our crop,” he said.

Claassen Farms grows crops like potatoes and sugar beets, and he knows the vital the role irrigation plays on those plants.

“They want the right amount of water at the right time. If you put too much or too little on, it will affect your yield. Even if you’re late for one or two days, it affects your yield at the end. You can never backtrack to fix your crop.”

Instead of using a tradition irrigation system, he has been using a variable-rate irrigation (VRI) system.

He can collect data using a drone to see how much water is needed in each area of the 5,500 acres.

VRI is just one precision agriculture technology that is helping farmers get the best results at harvest.

University of Lethbridge researchers completed the first study of its kind in Alberta examining new technology and its benefits.

“They’re increasing yields by about 20 per cent and increasing the quality of crops by 16 per cent,” said Research Associate Lorraine Nicol.

The study found four in five irrigators have adopted some kind of precision agriculture, with the average participant owning five different technologies.

Claassen said his VRI system has been in place for about five years and has prevented them from drowning acres and getting the best possible crops out of the ground.

Pets Are Going Digital: The Pioneering Brands In The $565 Million Market For Smart Pet Products