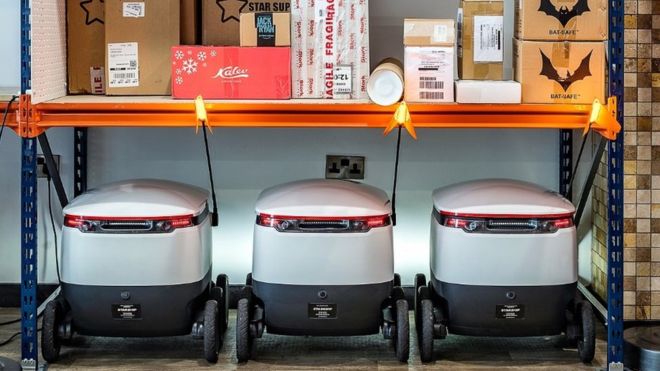 Hundreds of robots are to start to delivering packages to addresses across Milton Keynes, in one of the first full-scale uses of such technology.

Residents will be able to get parcels sent to a robot depot, which will notify them when they arrive and then deliver the item to their door.

The scheme is being pioneered by Starship Technologies.

The firm has already partnered with the Co-op in Milton Keynes to deliver groceries there.

The new service is available through a mobile phone app, with residents living in the neighbourhoods covered in Milton Keynes able to have packages delivered to an address of their choice.

Customers will pay a monthly subscription of £7.99 for an unlimited number of deliveries.

Once signed-up on the app, people will receive a “personal address” at the depot where parcels can be sent, to then be delivered by the robots.