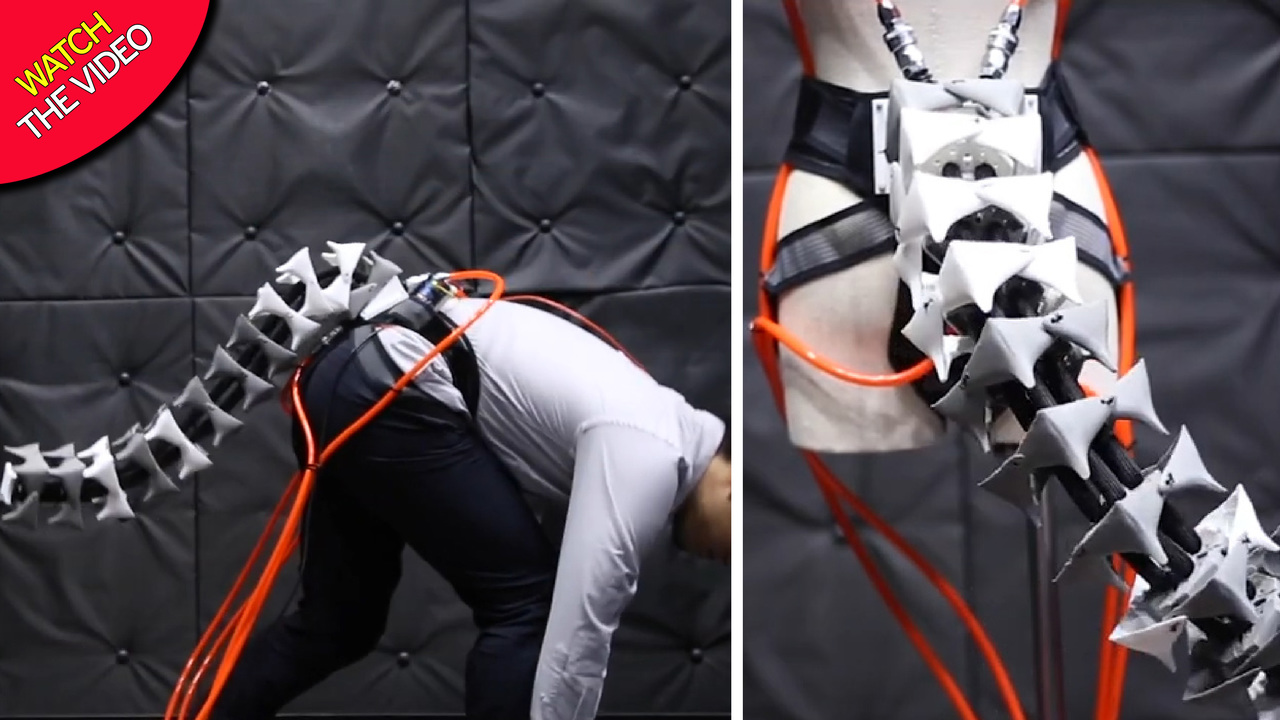 A robotic tail that claims to balance out the human body could be used instead of a cane to help prevent elderly people from falling over.

The strap-on appendage, known as Arque, has been developed by researchers at Keio University in Japan.

It is inspired by a seahorse’s tail, which is strong enough to withstand predators’ bites but flexible enough to grip things in its environment, like coral.

The tail can be be adjusted to fit whoever is wearing it by adding or removing modular “vertebrae”, the Fast Company reports .

Small weights can also be inserted inside each vertebrae to help offset the wearer’s weight.

This helps the wearer to stay balanced when moving quickly or carrying heavy objects, according to the researchers.

Once the Arque tail is properly adjusted to the wearer’s height and weight, it acts like a counterbalance.

Artificial muscles inside the robotic tail control its movement by contracting and expanding using an external pressurised air system that resembles a lawn mower or giant vacuum.

Because the prototype tail has to remain tethered to this system, the wearer is not able to move very far using it.

However, if the researchers were to find a way to make it mobile, it could act as a support for labourers who have to carry heavy loads, or as an assistive device for people who have trouble balancing.

It could also be used in gaming to throw the user off-balance, making a game feel more realistic.

“For most mammals and vertebrate animals, tail plays an important role for their body providing variant functions to expand their mobility, or as a limb that allows manipulation and gripping,” said Yamen Saraiji, Project Senior Assistant Professor at the Keio University Graduate School of Media Design.

“In this work, Arque, we propose an artificial biomimicry-inspired anthropomorphic tail to allow us alter our body momentum for assistive, and haptic feedback applications.”

The tail was presented last week at the  2019 SIGGRAPH conference in Los Angeles , which focuses on graphics, gaming, and emerging technology.