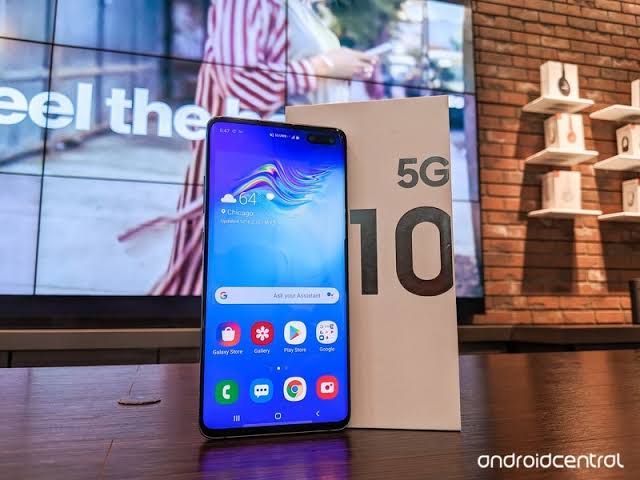 Samsung has claimed to be leading the way for 5G device shipments at the close of 2019 after selling two million devices at IFA in September last year. Samsung seemingly romped through the final three months with a total of 6.7 million 5G device shipments for 2019. The figure eclipses the four million target the firm set itself, though as its main Android competitor (Huawei) is being stifled by political friction, it is hardly surprising Samsung has stormed into the lead.

According to estimates from Counterpoint Research, Samsung’s sales up to the end of November give it a global market share for 5G devices of 53.9 per cent.

6.7 million devices is simply a drop in the ocean of potential and could be dwarfed by an aggressive campaign by Apple in the US or Huawei in China. As Counterpoint’s Neil Shah notes, Apple could gain instant scale with a launch to turn these figures around. That said, you cannot argue with the figures; in the absence of main competitors, Samsung is maintaining its leadership position in the 5G segment as well as 4G.

“Consumers can’t wait to experience 5G and we are proud to offer a diverse portfolio of devices that deliver the best 5G experience possible,” said TM Roh, President of the IT & Mobile Communications Division.

“For Samsung, 2020 will be the year of Galaxy 5G and we are excited to bring 5G to even more device categories and introduce people to mobile experiences they never thought possible.”

While many analysts do not share Samsung’s belief that the consumer is clawing at the walls for 5G connectivity, there are likely to be more sales across the year. Firstly, geographical coverage will improve to whet the appetite, and secondly, 5G will come as standard on device; device shipments will most likely organically increase.

What will be worth keeping an eye on is the choices made by device manufacturers over the coming months as flagship models are pumped and hyped at industry conferences. Perhaps the most interesting element will be the ways and means by which the OEMs work with Qualcomm.

It has become widely accepted that the latest Qualcomm chipset features in the majority of flagship smartphone devices throughout the year. However, this year some OEMs will have a choice to make; to integrate or not to integrate?

Looking at the rumours spreading through the press, it does appear many of the smartphone manufacturers are electing for the Snapdragon 865 and a paired 5G modem in the device. Samsung’s Galaxy S11, Sony Xperia 2 and the Google Pixel 5 are only some of the launches suggested to feature the Snapdragon 865 as opposed to its 5G integrated sister chipset.

5G might not have gotten off to the blistering start some in the industry would have been hoping for, but there is still plenty to come. With Mobile World Congress kicking-off in just over two months, there is amble opportunity for new devices to be launched prior, during and just after the event, while the iLifers will have all eyes cast towards September for Apple’s launch.