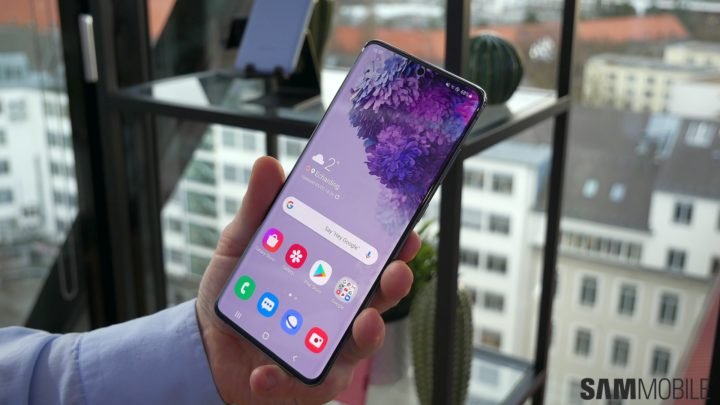 Samsung Display, the display-making affiliate of the conglomerate, unveiled an optimized OLED display for 5G smartphones today. Samsung continues to dominate the mobile OLED market with an over 90 percent share and it aims to keep things that way.

So it continues to innovate and offer products that other display manufacturers are not yet able to. This competitive edge is what helps Samsung maintain its significant lead over the entire market. Samsung Display’s latest offering is likely going to be used for many top-tier phones due this year.

Samsung Display also supplies the display panels for the Galaxy S20. The entire new flagship lineup from Samsung features Eye Care-certified displays with a 120Hz refresh rate. The panels have also been certified by VDE Germany for 100 percent Mobile Color Volume in the DCI-P3 color range.

In its testing, SGS found that the new OLED display emits 6.5 percent blue light which is noticeably lower than the 7.5 percent level of the Samsung OLED panel released last year. Power consumption has dropped by 15 percent, according to UL, which found that the average power consumption when performing tasks like taking pictures or surfing the web dropped from about 1.5W to 1.3W.

Samsung Display has quickly commercialized the new display inventions that were unveiled with Samsung’s latest smartphones. It also confirmed last week that the Ultra Thin Glass, used for the Galaxy Z Flip’s foldable display, can now be mass produced for different foldable devices and screen sizes.