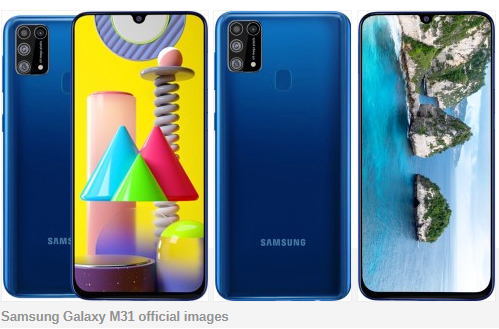 In January last year, Samsung introduced the Galaxy M series, aiming to take on Chinese rivals in the highly competitive budget segment. Thanks to aggressive pricing and solid hardware specs, the M series lineup helped Samsung increase its smartphone shipments last year, even though it didn’t succeed in clawing back market share from rivals such as Xiaomi in India and a few other markets.

The company today confirmed that it will be taking the wraps off its next M series phone at an event in India on February 25. Called the Galaxy M31, the upcoming budget smartphone from Samsung will pack a monstrous 6,000mAh battery. While the battery size isn’t an improvement over the Galaxy M30s, the M31 will feature a more impressive quad-camera setup at the back, sporting a 64MP primary sensor.