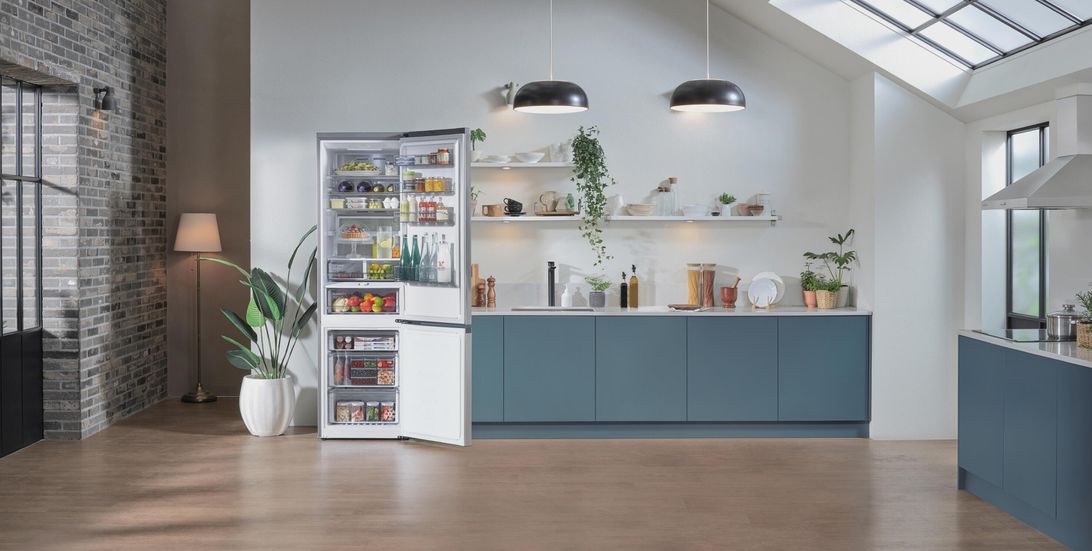 Tech events so far this year have made something clear — it’s not tough for giants like Apple and Samsung to go all-virtual with their launches. But one aspect of a typical tech event doesn’t translate to a computer or phones screen: the demo room. Samsung thinks it’s found a possible solution.

The company on Wednesday hosted a virtual Life Unstoppable event that coincided with the IFA electronics show in Berlin. It wasn’t a typical press conference like the company’s two Unpacked events held over the past month. Instead, Samsung used Epic’s Unreal Engine for games to build a virtual, 3D tour experience — a sort of choose-your-own adventure digital demo — for the media and its partners.

“Would we have done it if COVID wasn’t around? I’m not sure,” Benjamin Braun, Samsung’s head of marketing for Europe, said in an interview. “That is a different way of presenting new products that no one’s done before.”

The novel coronavirus, which has infected more than 25 million people around the globe, has caused companies to rethink their product launches. GSMA canceled Mobile World Congress, the world’s biggest mobile show, a week before journalists arrived in Barcelona in late February. Instead of phone launches over the past several months, Apple, Samsung, Huawei and OnePlus all held digital events or introduced devices via press release.

IFA, taking place in Berlin from Sept. 3 to 5, is the only big tech conference with an in-person component this year. But only 5,000 people can attend, far below last year’s level of 200,000. While Samsung isn’t attending IFA, it’s still hosting events, like Life Unstoppable, that coincide with the shortened convention.

Participants of Life Unstoppable will navigate around a digital house that contains about two dozen different Samsung devices, ranging from its $3,500 waterproof, outdoor Terrace TV to its updated Galaxy Z Fold 2 foldable phone. The visit revolves around a 45-minute guided tour, but participants are able to branch off on their own to look at the back ports of a TV or circle back to the kitchen to check out the appliances.

Samsung noted that “every detail,” from the home’s artwork to the furniture’s fabric, “was carefully selected following meticulous research into the type of guests that would be visiting Samsung House, resulting in a truly immersive home environment.”

There’s also an augmented reality component that lets people see what the new products, like TVs, will look like in their own homes. And Samsung noted that immersive 8D audio makes visitors feel like they’re really in the home

During Life Unstoppable, Samsung unveiled a host of new products, ranging from a smart video projector called The Premiere to its Wireless Charging Trio pad that can charge a phone, watch and earbuds at the same time. Samsung also introduced a new fitness band, the Galaxy Fit 2; a low-priced 5G smartphone, the Galaxy A42 5G; and the budget Galaxy Tab A7 tablet.

While Samsung determined Life Unstoppable was the best format for IFA, Braun said, it may go a different route with CES and other trade shows.

“We constantly need to force evolution, force innovation, not only in our products but also in the way we present ourselves,” Braun said. “At some point, once COVID is under control and we’re back to potentially physical [events], then we need to rethink them as well. How do we merge the two?”

Samsung isn’t the only company trying to make the best of a less-than-ideal situation by creating a virtual experience for regular show attendees to enjoy in lieu of IFA this year.

On Tuesday, LG launched its IFA “virtual exhibition,” demonstrating its latest product lineups within a realistic rendering of its usual IFA home — the Berlin Messe’s Hall 18.

First impressions show this to be an improvement to the usual in-person experience. No longer must you spend upwards of 30 minutes attempting to navigate the labyrinthine convention center with its many entrances and exits to reach the LG booth, and gone are the hordes of people that usually delay your journey even further.

But as you click through the virtual exhibition, you start to remember why attending these shows in person was important in the first place.

The cinema screening room in which you are supposed to be able to enjoy the deep blacks of LG’s latest screen technology doesn’t have quite the same impact when you’re viewing it through your own laptop or phone screen. The same is true when testing the sound quality of LG’s speakers and headphones in its virtual audio booth.

It’s hard to say how cool and effective LG’s rollable TV is without being able to examine it from all angles. Maybe it would help if you could navigate the exhibition in VR, which would allow for a more immersive, less static experience. Samsung said its Life Unstoppable home could be viewed in VR, but it was mostly designed for PCs, phones or tablets.

While LG and Samsung are offering their own takes on the virtual trade show, the wider event is also going online this year via a digital platform it’s calling IFA Xtended Space.

All the new phones, laptops, smart home gadgets and more from IFA 2019

Through an online hub, virtual attendees will be able to join live streams of keynotes, press conferences, panel sessions, presentations and virtual exhibitor presentations and match-making opportunities that will allow them to establish new business contacts. New products will even be presented in 3D, although it remains to be seen how easy it is to form a proper first impression of new tech without being able to touch it or hold it in your hands.

IFA’s organizers acknowledge that this year’s show won’t replicate the experience most regular attendees are accustomed to, but they believe its digital platform will offer something novel to people — whether they’re using it to supplement their in-person visit to the show, or to attend remotely.

“A digital platform can hardly compensate for a true on-site experience,” IFA Executive Director Jens Heithecker said Tuesday in a press release. “However, the IFA Xtended Space enables all those who are interested to know even more and those who cannot join the IFA 2020 Special Edition physically in Berlin to have a truly unique virtual experience.”