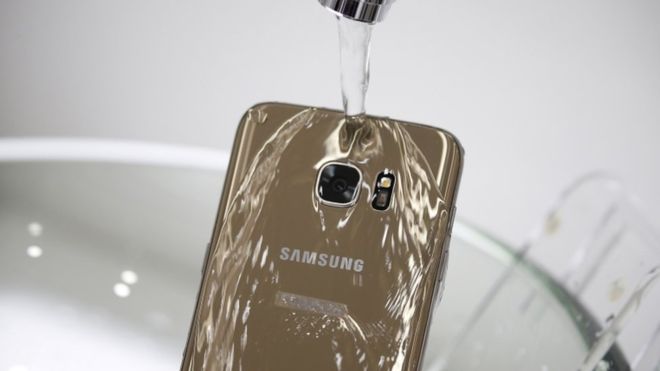 Samsung is being sued by Australia’s consumer watchdog for allegedly making misleading claims about the water-resistant properties of its phones.

The Australian Competition and Consumer Commission (ACCC) alleges Samsung’s adverts made “false” claims about using its phones while swimming and surfing.

The ACCC said it had reviewed more than 300 Samsung adverts before launching its legal action.

Samsung told Reuters it would defend the case and stood by its adverts.

In its statement, the ACCC said Samsung adverts depicted phones being exposed to seawater and swimming pools and claimed that this would not affect the device during its working life.

Although Samsung adverts say its phones have an IP68 water resistance, said the ACCC, this rating does not cover salt water or that found in swimming pools.

Samsung’s own website advises people against using the Galaxy S10 in a swimming pool or on the beach, said the consumer watchdog.

Samsung had not done enough testing to make its advertised claims about the longevity of its products, alleges the ACCC.

“Samsung showed the Galaxy phones used in situations they shouldn’t be, to attract customers,” said the ACCC.

If Samsung is found guilty of misleading consumers it could face a huge fine.