With modern production and design schedules, the geekerati already know what Apple is preparing for the iPhone XS launch. We also know what Samsung is cooking up for the Galaxy S10’s launch in early 2019. It’s clear that the Galaxy S10 has the specifications to beat the iPhone.

For me there are three key areas where the Galaxy S10 can not only compete against the iPhone, but comfortably come out on top.

The first is, curiously, reliability. Although Samsung has had one rather high-profile smartphone failure in recent memory (the tightly packed battery of the Note 7), it took visible action both immediately, during the investigations, and when reporting the fixes to the hardware. Compare that to Apple’s own battery problems, the reluctance to admit to the problem, and the painful way Tim Cook and his team was dragged towards an acceptable outcome for consumers.

Now consider that the portfolios of the iPhone 6, the iPhone 7, and the iPhone 8 have all exhibited major flaws stemming from the hardware design of the smartphones. While past performance is no guide to future stability, consumers are more adept at recognising patterns. The reliability of the Galaxy range in the mainstream media is streets ahead of the iPhone.

Second is the flexibility. While most users will take their smartphone out of the box and never think again about the specifications, those looking for the biggest and best are going to see the Galaxy S10 outpacing the iPhone XS. More on board storage, more memory, more processing power on tap, it’s all on Samsung’s side.

And if Apple does move to 512 GB of storage on its smartphones, Samsung has the advantage of the second move – which will allow it to match the on board storage and then leverage the microSD card for even more capacity.

Finally, Samsung has managed to maintain its lead in the camera stakes over man-years over Apple. There’s going to be an obvious comparison with the number of lens each phone in the respective portfolios will sport, but I’m expecting the South Korean expertise in the post-capture image processing, alongside the variable aperture lenses, to hand the visual victory to the Galaxy. 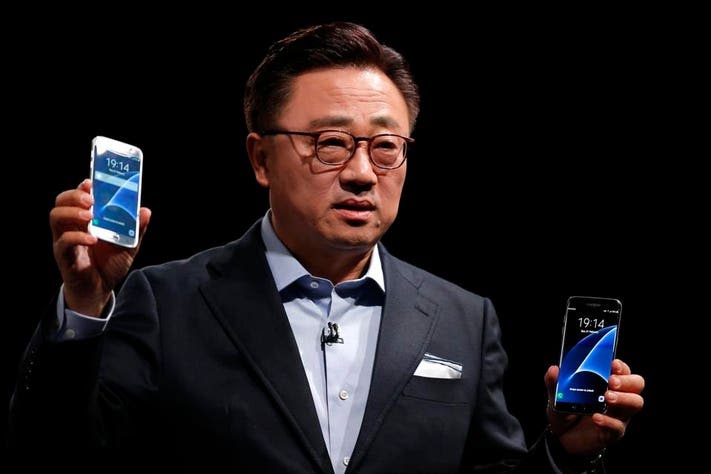 Much like politics, each camp has the diehards that will never move – lifelong affiliations to iOS or Android run as deep as Republican or Democratic affiliation – so the real fight is over the platform switchers who can navigate between the walled gardens of the two ecosystems. This is where details like image quality, hardware specifications, and reliability can contribute.

It’s also where perceptions can sway opinions. With Apple looking to label the latest iPhone handsets as incremental ’S’ updates the attraction of the iPhone XS family is going to be dulled compared to the ‘all-new’ tenth-anniversary Galaxy S10 marketing juggernaut.

Both handsets will make their supporters swoon, but the Galaxy S10 has the advantage in gathering the undecided middle ground.