SCOUT is the portable charger that’s thought of everything — and now, it’s half off
Advertisement 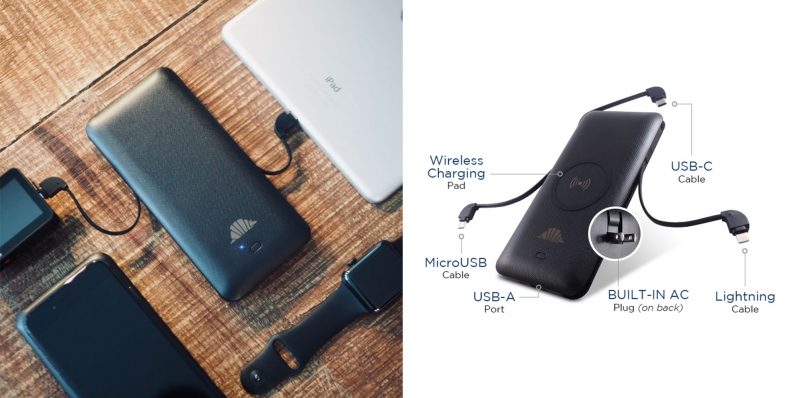 We’re all carrying so many devices these days that our pockets are starting to look like Batman’s utility belt. Between your smartphone, smartwatch, tablet, laptop and the half-dozen other assembled gadgets and doohickeys we’re toting around, power to keep all that tech running is a primary concern at all times.

With so many different device standards, power protocols, connecting cables and more, your power answer needs to start with versatility. A great place to start is the SCOUT Wireless 5,000mAh Portable Charger. Right now, you can pick it up at half-off its retail price, just $34 from TNW Deals with promo code: PREZDAY15.

Whether your device powers up via USB-C, micro USB or Lightning cable, SCOUT is ready with 5,000mAh of power, which is enough to fully charge an iPhone two or three times. Don’t actually have your power cable? No problem, SCOUT connects via its own built-in connectors, meaning you won’t have to be scrounging around for cables ever again. There’s even a USB port just in case you do need to use an outside cable.

Does your device power wirelessly through Qi compatibility? SCOUT has you covered as well so you can simultaneously charge your full armada of devices, even via wireless charging.

And, if you want to go super old-school, the SCOUT recharges itself through conventional micro USB or your good old trusty AC wall outlet. SCOUT sports internal  intelligent charging tech that auto-detects new connections, then adjusts to the current specs to the device’s needs, avoiding any over-charging or short circuits.

This super-convenient package is about the size of your smartphone — and might be just as useful. Retailing for $80, you can get one right now at half price, only $34before this offer ends with promo code: PREZDAY15.

Like this deal? Check out Vault, the best way to secure your online data for just $9.99/month.