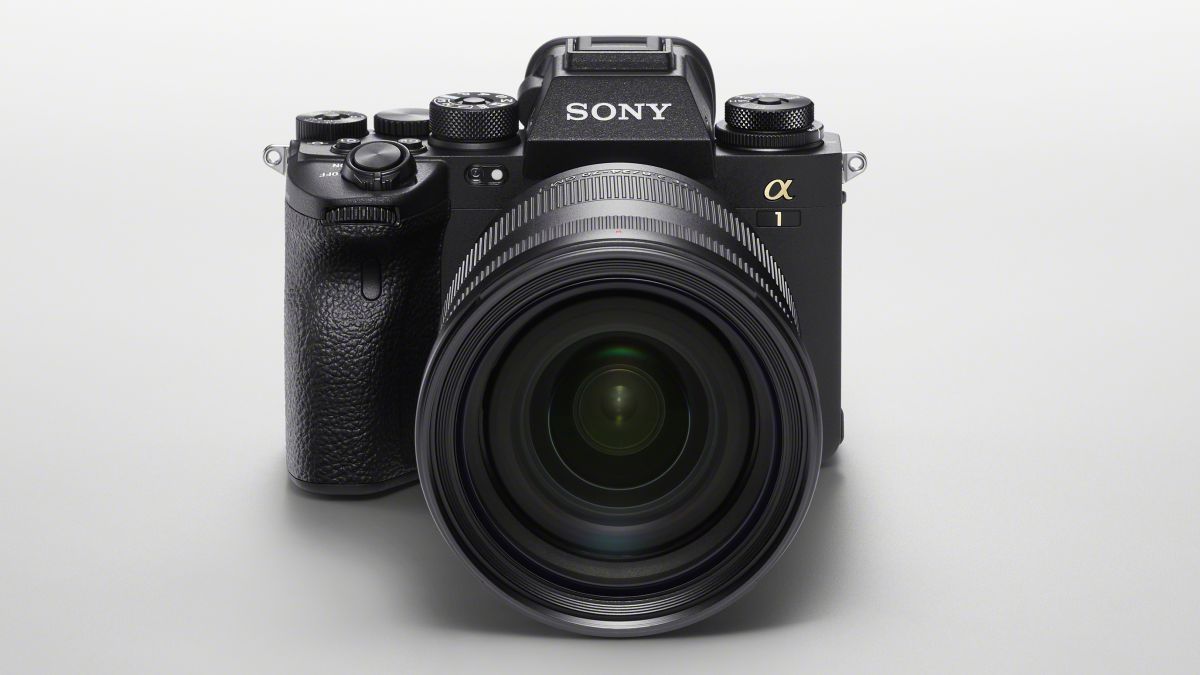 The new Sony Alpha 1, or Sony A1 for short, has just been officially revealed during Sony’s “the one never seen” event – and the 50MP full-framer is the most powerful mirrorless camera we’ve ever seen.

Impressively, Sony managed to keep the Sony A1 completely under wraps with no leaks or rumors in the run-up to the big reveal. But the hybrid powerhouse is now official, and it’s a huge launch for camera fans. In short, it’s shaping up to be the McLaren supercar of the photographic world.

The Sony Alpha 1 combines a 50MP full-frame sensor with 30fps burst shooting for the first time, a trick that will have sports photographers salivating. But the Canon EOS R5 rival is also promising to be an extremely capable video tool, with 8K video shooting and similar heat dissipation to the Sony A7S III.

Based on what looks like a similar chassis to the Sony A9 II, the Sony A1 crams in the kind of tech and features that we haven’t seen in a hybrid camera before. Here’s how it’s shaping up – and how much you can expect to pay when it arrives for Olympics duty.

The Sony Alpha 1, which also answers informally to the name Sony A1, will be available to buy from March. Sony hasn’t revealed a precise date for different territories yet, but we’ll update this page as soon as it does.

Of course, realistically it’s a professional camera for photojournalists and filmmakers, but that’s still a fair bit more expensive than the Sony A9 II, which arrived for $4,500 / £4,800 (around AU$8,510). Then again, the Sony A1 brings a combination of features that we haven’t quite seen on any hybrid mirrorless camera so far.

The Sony Alpha 1 is a full-frame 50.1MP camera, but that somewhat undersells what it can do. Thanks to a pair of new Bionz XR processors, it’s an absolute brute for both sports shooting and high-resolution video.

For example, the combination of those processors and the Sony A1’s stacked CMOS sensor means you can shoot JPEG photos at 30fps when using the electronic shutter, which is impressive for a full-frame camera with this resolution.

By comparison, the Canon EOS R5 tops out at 20fps with its electronic shutter and has a slightly smaller buffer. Whereas the EOS R5 can shoot 350 JPEGs or 180 raw files in a single burst, the Sony A1 can manage 400 JPEGs or 238 raw files in one sequence. Even with full AF tracking, the Sony A1 can apparently shoot up to 165 JPEGs or 155 raw images without pausing for a break.

That processing power is also very helpful when it comes to autofocus. The A1 has a slightly ridiculous 759 AF points covering 93% of its sensor, but more importantly it delivers Real-time Eye AF for birds, which is a first for a Sony Alpha camera.

Sony’s autofocus has been class-leading for a while now and adding birds to its Eye AF for animals will be a popular addition. That said, we’ve already seen something similar on the Canon EOS R5, whose Animal Eye AF blew us away, so it’ll be interesting to see how the Sony Alpha 1 compares in real-world shooting.

Naturally, you also get Real-time Eye AF for people and other animals (most notably, dogs and cats). And Sony says the Alpha 1 can do 120 autofocus and auto-exposure calculations per second, which is apparently double the amount possible on the Sony A9 II.

On top of the Sony Alpha 1 is a similar viewfinder to the Sony A7S III, which is very good news. This has a 9.44-million dot resolution with a 0.90x magnification, while the refresh rate is now 240fps (which is again ideal for sports shooters).

You also get what appears to be the same in-body image stabilization (IBIS) system we’ve seen on previous Alpha cameras like the Sony A9 II, as it promises the usual 5.5-stops of compensation. Perhaps the only less-than-futuristic touch on the Sony A1 is that it has a tilting touchscreen, rather than a fully articulating one.

Still, you do get that lovely new menu system that we saw on the Sony A7S III. And what’s most impressive about the Sony Alpha A1, is how it combines a pro stills skills with super-powerful video features like the ones below, in one relatively compact body.

Along with its headline 8K resolution, the Sony A1 brings a few video firsts for a Sony mirrorless camera.

The camera scan shoot 8K/30p video using the full width of its sensor (in other words, without digital tricks like pixel binning) and promises to manage that for an impressive 30 minutes, too.

That’s all thanks to some similar heat dissipation tech to the kind we saw on the Sony A7S III, although that camera topped out at 4K resolution. We’ll have to see how it performs in the real world, but on paper it’s shaping up to be a slightly more practical 8K camera to the Canon EOS R5, which has a max 8K/30p shooting time of 20 minutes.

In fact, Sony has provided an impressive taster of the Alpha 1’s video skills in the sample below (even if your screen or internet connection can’t quite handle that 8K resolution yet).

Further underlining the Sony A1’s pro leanings are its connectivity are card slots. You get two CFExpress Type A slots (which also accept UHS-II SD cards) along with some impressive wireless transfer tech for journalists.

There’s a built-in Ethernet connection and also dual-band Wi-Fi that apparently supports FTP transfers that are 3.5x faster than the Sony A9 II. Yes, this camera is very much built for the Tokyo Olympics.

We thought Sony’s introduction of the Alpha 1 as some kind of photographic equivalent of Neo from The Matrix must be overkill, but on paper it really does have super-camera credentials.

Of course, that all comes at a huge cost and it’s not a camera for the average photographer, unless you just got very lucky with a lottery scratchcard. But the Sony A1 does pioneer some exciting features that might (one day) trickle down to genuinely affordable cameras.

The headline spec for action photographers is that ability to shoot 50MP stills at 30fps with full AF/AE tracking, albeit with the electronic shutter. Wildlife snappers will also be pleased to see birds added to Sony’s excellent Real-time Eye AF, and we’re looking forward to seeing how that compares to the Canon EOS R5’s excellent system.

There’s a tasty menu of options for video shooters, too, who will mostly be attracted by the Sony A1’s 4K video powers. That includes a 4K/120p mode, which isn’t available on the Sony A9 II, along with the possibility of cropping from that headline 8K/30p mode.

Overall, what’s really impressive about the Sony Alpha 1 is how it combines these cutting-edge stills and video skills in one relatively small 737g body. Now, just like the athletes it’s hoping to shoot at the Tokyo Olympics, all that remains to be seen is how it performs in reality.

Huawei to bring the Mate X2 in late February