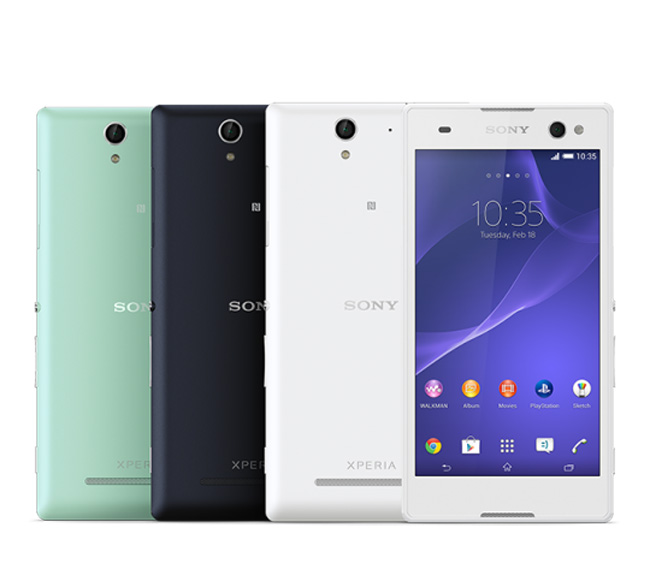 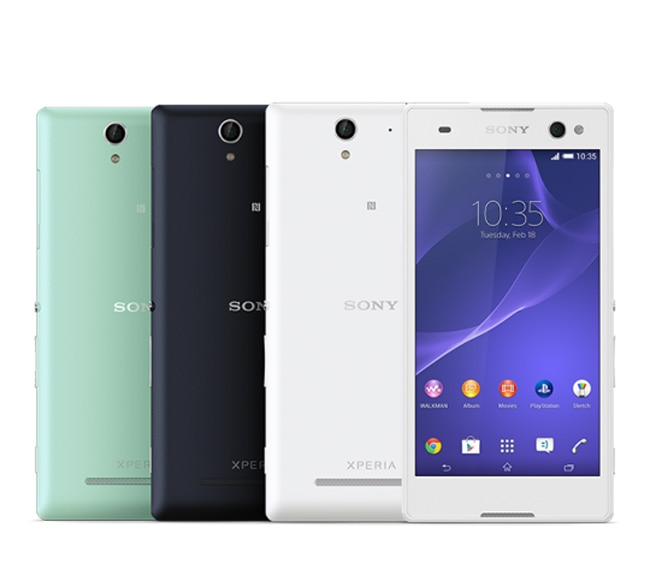 Sony has been making some great strides with its smartphones. Its Xperia Z2 flagship has done really well in the market and offerings like the T2 Ultra and the M2 have not hurt its cause. Now, the Japanese consumer electronics giant has come up with the Xperia C3 and its dual-SIM twin, the Xperia C3 dual. Sony is promoting it as a phone to take selfies, with it having a prominent front facing camera. The phones will first land in China next month (August), and the accordingly, Sony will bring the phone to other markets. The phones run on a Qualcomm Snapdragon 400 quad-core processor clocked at 1.2GHz with 1GB of RAM and the Adreno 305 GPU. This is the same processing package, which is found in the Moto G. There is a 5.5-inch 720p IPS display supported by Sony’s Triluminos display tech and Bravia 2 Engine. On the back the devices have a pretty plain-Jane 8-megapixel camera with a flash, but on the front there is a pretty prominent 5-megapixel camera. The front facing camera does not only have a wide-angle lens for shooting groupselfies, but also a dedicated flash module. This means the front facing camera will be very usable even in dimly lit situations. The camera software includes a lot of typical Sony features and some new ones. They include Superior Auto, Portrait Retouch, TimeShift-burst, Picture effects, Movie creator, Social Live, Sweep Panorama, and a dedicated Vine app. There is also a HDR mode and there are a number of filter effects. The phones also have a capacious 2,500mAh battery, 8GB of internal memory, and a microSD card slot. It runs on Android 4.4 KitKat out of the box and will also support LTE in some markets. Currently, an India launch has not been announced, but considering the type of phone it is, there is no doubt in our minds that it will eventually make its way to India. Sony has taken the lead in bringing out a phone that leverages the ‘selfie’ phenomenon with the C3. However, the rumour mill is buzzing with talk of HTC also planning to release a similar device, so we have interesting times ahead.