Hyundai has launched the 5th generation Verna in India. The Verna will be competing against the two most popular cars in the segment, namely the Honda City and the Maruti Suzuki Ciaz. Here is a spec comparison to put things in perspective. 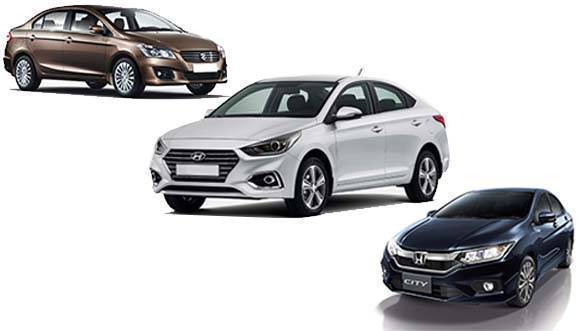 The body structure of the Hyundai Verna is made of 50 per cent high strength steel making it safer than before. The larger hexagonal grille sits proudly at the front, which is partnered by projector headlamps and fog lamps on either side. The Verna also sports a coupe-like silhouette with the roof merging into a smaller boot lid. The wrap-around tail-lamp now incorporate the 3-LED design for the stop-lamps and are a prominent part of the rear end. The rear bumper gets the two-tone treatment. 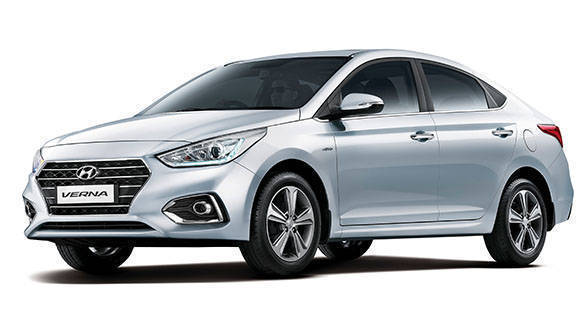 The City takes the ain’t broken-don’t fix it”. The Honda City is one handsome car. Proper three-box proportion with the right amount of modernisation thrown into the mix gives the City a classy appeal which is on point with its position as the segment-leader. The recent update including theaddition of all LED lamps – front and rear, along with bigger diamond-cut smoked alloys have given it a sharper and sportier persona, which it seemed to lack. 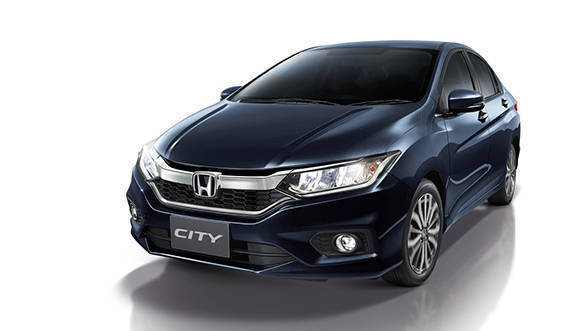 Compared to the other two, the Maruti Suzuki Ciaz looks a bit dated. It is not something that would turn heads, but it definitely won’t go unnoticed. It appears long and wide and has quite a presence. If it were up to us, we’d say it is very much ‘inspired’ by the City, especially the rear end. The projector headlamps, wide tail lamps and generous yet apt use of chrome do impart to it an air of quality. An updated Ciaz is on its way soon though. 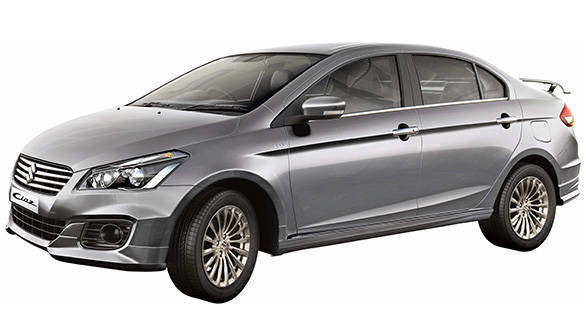 A well-balanced two-toned theme dominates the Hyundai Verna’s cabin. The dash is functional and tidy with everything ever so slightly inclined toward the driver. The instrument cluster is as good as it gets with a colour MID housed between the dials. The leather-wrapped steering has anarray of controls which are easy to distinguish and operate, includingcruise control. Storage spaces are ample throughout the cabin, including a cooled glove box. Boot space is a substantial 480 litres, which is 30 litres less than that of both the City and the Ciaz. However, it can be opened by waving your foot underneath the bumper. Latest to the cabin is an all new electric sunroof and cooled front seats. On the safety front, the top spec model gets six airbags, along with the usual ABS and EBD systems. 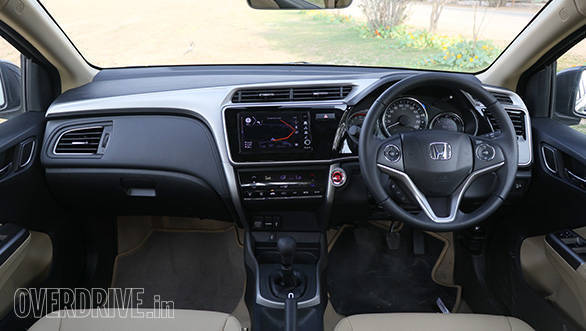 Honda has taken a bold step and gotten rid of as many switches and knobs as it can from the City’s cabin. The dash is all touch-controls based. Be it the AC or media functions, everything has a touch operated interface. Of course, there is a touchscreen as well. The dash is all black with generous use of piano black inserts. The boot is an impressive 510 litres. The City offers an electric sunroof for the top trim as well, along with sixairbags. 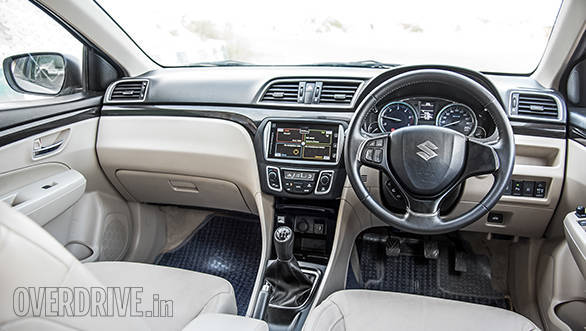 Maruti-Suzuki, on the other hand, employed the pure-business-no-nonsense approach to the Ciaz. The interior is nicely laid out, with the touchscreen Smartplay system sitting at the centre. The cabin is themed two-tone, as is with the City and Verna, except for the top trim which comes with an all-black upholstery. The instrument cluster has clear and easy-to-read dials, with a monochromatic MID between them. The Ciaz has the same sized boot as the City at 510 litres. Where the Ciaz fall behind is at offering just two airbags, even in the top trim.

Android Oreo arrives, and here is list of phones that will get O. Check if your phone is in it