Special Report: CEOs leading the way for a noble cause
Advertisement 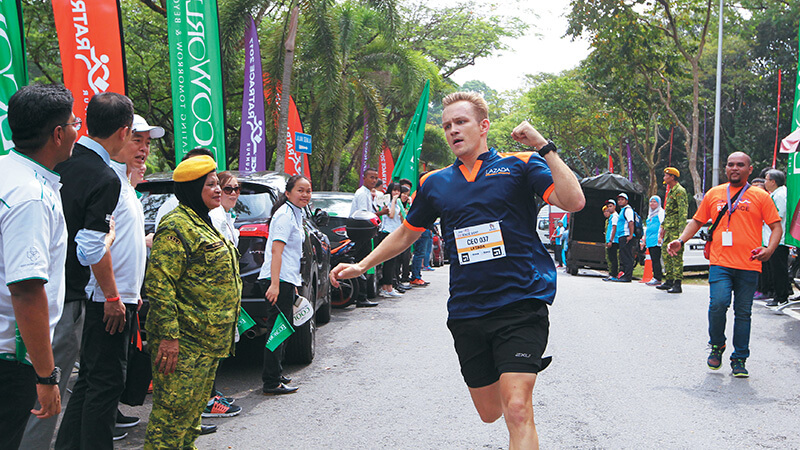 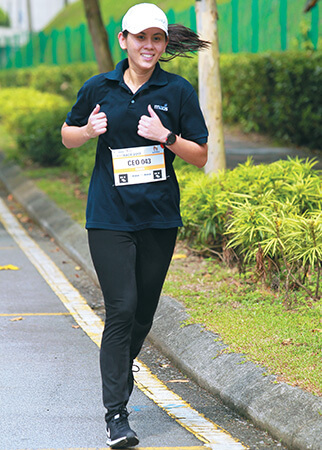 Corporate chieftains are expected to lead when it comes to work and business. For the CEOs of Corporate Malaysia, their participation in The Edge Kuala Lumpur Rat Race (KLRR) 2017 on July 25 also shows their leadership quality.

Before the race started, we caught up with a few CEOs to find out why they were there.

Eco World Development Group Bhd executive director Datuk Voon Tin Yow, who has taken part in all but one of the 17 races, said doing so is a practical way to maintain his health.

“I’m not a runner,” he said. “But when you participate every year, it becomes a good reason for you to keep a certain level of fitness.”

On top of that, there is another intangible benefit. “Also very important is that it helps me keep in touch with the staff,” Voon said, adding that the interaction has translated into improved communication and productivity at the workplace.

Fitness is also the motivation for the participation of Astro’s group chief financial officer Shafiq Abdul Jabbar, but it is not just for himself. “When you keep yourself fit and healthy, it is not just satisfaction for yourself but also good encouragement for the rest of the team,” he said.

Apart from that, running helps to clear the mind, he added. “Sometimes when you don’t sweat, you get really stressed out, so this is a good way to let off some steam.”

He even had a tip: “If you want, you can structure it by running very early or late, and juggle your work in between.  That helps with productivity.”

The more than 30 CEOs who took part this year were the first to run on the new KLRR track around the hilly terrain of Padang Merbok. The CEO Race was flagged off at 3.30pm, with the streets still damp from the rain that has stopped just moments before.

Lazada Malaysia chief customer experience officer Dominic Hoffmann led the pack to sprint past the finish line in just over four minutes to clinch first place in the CEO Race.

It was a breeze for the first-timer, who has taken on the considerably more challenging European Ironman triathlon series.

“The race was very well-organised and the streets were clear. Of course, it is hot and humid in Malaysia, which is how we like it. I’m feeling quite good. Amazing day … thank you very much, The Edge,” Hoffmann said, smiling.

“The rain was okay. If not, it would have been too heavy-going for me,” he said.

He also congratulated the Kenanga team for continuing to push on and getting first runner-up in the senior category.

“The result came as a surprise.  I had just targeted to be among the top 10,” he said.

He plans to join the race again next year. “I think it is a good platform to connect with other corporate people and to join hands for charity.”

The top three among the female CEO runners were all newcomers as well. Taking the top spot was Tricia Lim, Maxis Bhd’s head of performance and rewards.

She was thrilled to score another win for the telco in the CEO Race this year. Last year, Maxis’ head of network, Abdul Karim Ali,  had won third place among the male CEOs.

Behind her was Ernst & Young partner Julie Thong, with Deloitte Malaysia clients and markets director Jennifer Lopez in third place.

Other highlights of the CEO race included UEM Sunrise Bhd chief operating officer for commercial, Raymond Cheah, all suited up in white,  complete with a safety helmet and a roll of blueprints.

The getup may not have been not ideal for running, but it did win him the Best-Dressed CEO prize over Aberdeen Islamic Asset Management Malaysia CEO Gerald Ambrose, who wore a kilt.

“Participation,” said Batumalai when asked what drove him to join the race for the third time. “A big team from Matrix Concepts is here, and I want to be present to show my full support.”

His exercise routine, which includes brisk walking every other week, could be why he looked younger than his years.

“I also get to meet a lot of people at the event. It is a good way to foster inter-office relations,” he said in explaining his enthusiasm for the event.