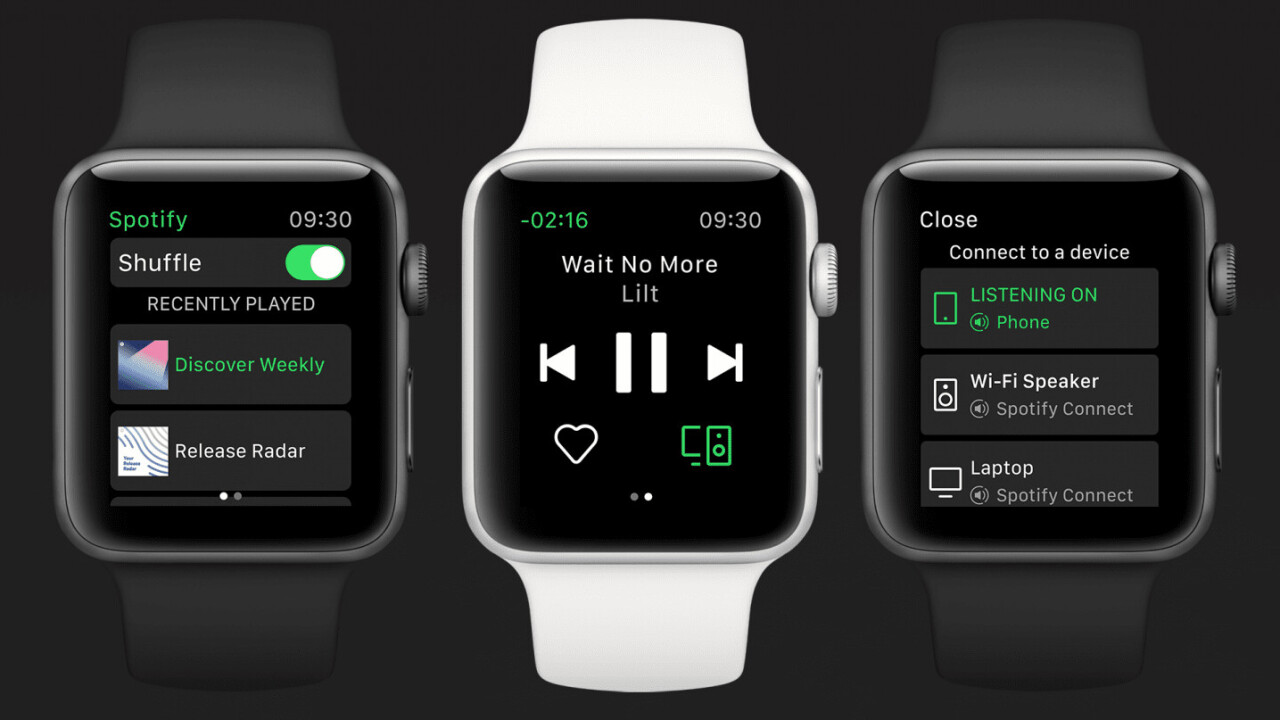 Spotify is finally rolling out an update to its Apple Watch app that’ll allow you to stream songs directly from the device. Previously, the app acted like a remote to the iPhone app, and you could only control the music.

Now, if your Apple Watch is connected to a cellular data network or wifi, you’ll be able to stream songs and podcasts directly to your wrist. This allows you to leave your iPhone behind if you’re going on a run, or exercising, and listen to content via Bluetooth earphones.

In September, Spotify started testing this feature with select users. Now, it’s ready for folks all across the globe.

“We’re focused on developing experiences that enable users to listen to Spotify wherever and whenever they want — regardless of the device or platform. After an initial testing period, we are now rolling out streaming capabilities for Spotify on the Apple Watch,” the company said in a statement.

However, it’s not clear at the moment if you’ll be able to download songs to your watch for offline listening. That’s the ideal way of playing content from you Apple Watch if it’s a wifi-only model.

As noted by 9to5Mac, this is a server-side update, so if it’s not showing up on your Apple Watch, you might have to wait for a few days.

Now everything is official. Disappearing messages appeared in WhatsApp