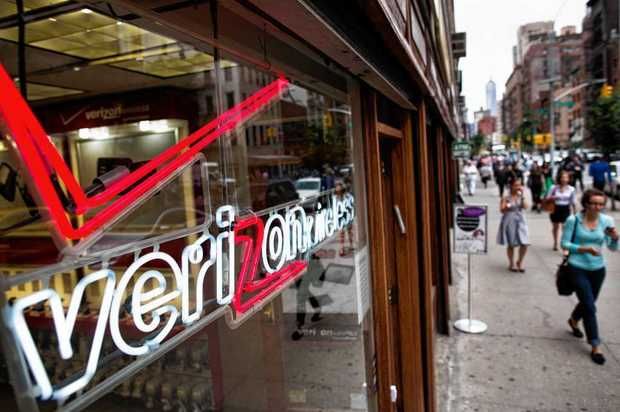 Pedestrians use their cell phones as they pass a Verizon Wireless store near in New York City. Verizon Wireless and Sprint Corp. have agreed to pay $158 million to settle multi-state allegations they placed unauthorized third-party charges on customers’ bills. (AP Photo | John Minchillo)

Sprint Corp. and Verizon Wireless will pay a total of $158 million to resolve nationwide allegations that they engaged in mobile cramming, a practice in which cell phone providers place unauthorized third-party charges on customers’ bills.

Under the terms of a settlement announced today by New York Attorney General Eric Schneiderman and 49 other state attorneys general, Sprint will pay $68 million and Verizon will pay $90 million. Of those amounts, $50 million will be refunded to Sprint customers and $70 million will be refunded to Verizon customers through “redress” programs supervised by the Federal Consumer Financial Protection Bureau.

The carriers also agreed to take steps to ensure that they only bill customers for third-party charges that have been authorized by the customers. They also must ensure that consumers are only charged for services if they have been informed of all material terms and conditions of their payment.

“It’s both unfair and illegal to charge consumers for services they did not request, a practice that Sprint and Verizon engaged in over several years,” Schneiderman said. “Under today’s settlement, an estimated 2 million New Yorkers will be eligible for refunds and both companies have committed to ending this deceptive business practice.”

Consumers who have questions about the refunds can visit the websites for Sprint’s redress program or Verizon’s program. They also may call settlement administrators at (877) 389-8787 for Sprint or (888) 726-7063 for Verizon.

The settlements are similar to ones reached with AT&T and T-Mobile in late 2014.