Study Looks at Risks of the Internet of Things -ISACA
Advertisement 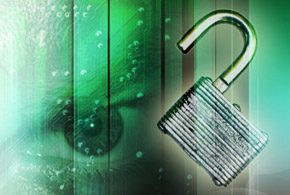 An ISACA survey says that 92 percent of people have concerns about the information collected by Internet-connected devices, yet they don’t read privacy policies.

As the connected devices that make up the Internet of things play a greater role in business and daily life, consumers are conflicted about the trade-offs among privacy, security and convenience factors, according to new research from ISACA, a global association of IT security, assurance, governance and risk professionals.

The Internet of things refers to machines, devices, sensors and other items that are connected to the Internet and often to each other. According to the survey, 92 percent of people have concerns about the information collected by Internet-connected devices.

Although only 6 percent of respondents are aware of the term “Internet of things,” many report using Internet-connected devices such as a GPS system (62 percent), electronic toll devices on their cars (28 percent) or smart TVs (20 percent).

Only 1 percent of the 1,261 Americans surveyed named the makers of their mobile phone apps as the institution they would most trust with personal data collected by Internet of things devices. Despite that, 81 percent don’t always read privacy policies before downloading apps to their phone or tablet.

This apparent gap between belief and behavior is likely to matter even more in the future, ISACA says, as consumers use mobile apps to interface with everyday objects that increasingly share data via the Internet.

Ninety percent of those surveyed are concerned that their online information will be stolen, yet 51 percent use the same two to three passwords across multiple sites, and 40 percent write down their passwords to remember them.

Half of the consumers don’t feel they have control over how Websites use their information. Despite that concern, 25 percent of respondents have not checked the privacy settings on their social network profiles in the past six months.

“Internet-connected devices are already delivering powerful business and lifestyle benefits, but organizations using these [devices] need to proceed with transparency and with the consumer at the forefront of their decisions,” says Jeff Spivey, international vice president of ISACA. “The deep concerns about privacy and security uncovered by this year’s [survey] show that enterprises need to establish and openly communicate policies around use of personal data to preserve trust in information.”

Nearly half (48 percent) of the IT professionals surveyed think that for consumers, the benefit of the Internet of things outweighs the risk. But the typical American user and members of the IT organization do not see eye to eye on what the greatest risks are.

According to the study, 31 percent of the respondents are most concerned about someone hacking into their connected devices and engaging in malicious activities. IT professionals, however, believe that consumers should be most concerned about the fact that they don’t know who has access to their information (48 percent) or how it will be used (25 percent).