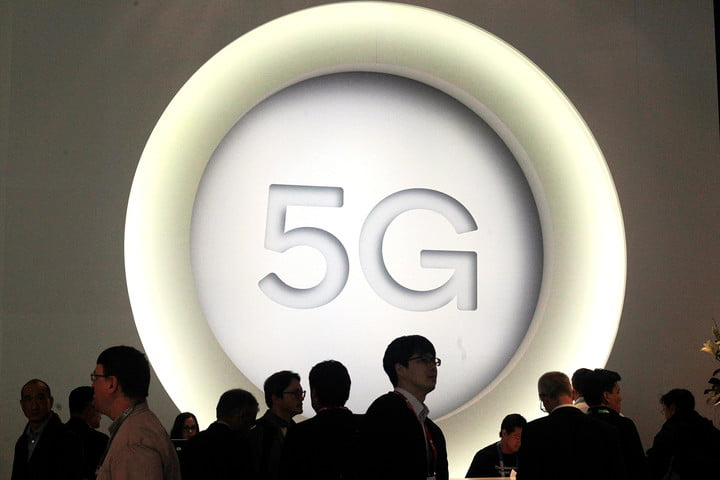 TCL has shown off its first functional 5G USB data terminal at MWC 2019, and it intends to release it in the second quarter (from the start of April until the end of June).

This device has been made in partnership with China Mobile, and uses MediaTek’s first-generation 5G chip, the MediaTek Helio M70. This processor supports independent networking (SA) and non-independent networking (NSA), as well as 4G/5G multi-mode multi-frequency. It’s also equipped with a hefty 4,000mAh battery to ensure a long operating time. When connected, the terminal will — according to claims by TCL — be able to provide PC end users with high-speed downlink rates of 4Gbps, and 2Gbps uplink rates.

Manufacturers are making huge strides toward folding phones, 5G, or both, and MWC 2019 is reflecting that. TCL — parent company of BlackBerry and creator of Alcatel’s smartphones — is doing both. We recently took a look at TCL’s DragonHinge technology that will allow it to create a variety of foldable devices, but it seems to be in 5G hardware that TCL is making the largest advances. TCL’s 5G USB data terminal is currently in pre-launch stage, so it seems likely TCL will be able to hit its goal of releasing it in the second quarter of 2019.

“TCL Communication will continue the exploration of 5G technology and focus on the research and development of terminal products such as smartphones, tablets, data terminals, and Internet of Things”, said Charles Zou, general manager of the Global R&D Center for TCL Communication. “TCL is happy to be one of the first manufacturers to launch 5G products.”

While this may not seem as exciting as the reveal of the Samsung Galaxy Fold, or the Huawei Mate X, it’s interesting to see what this may mean for future smartphones created by TCL. As mentioned, TCL is the parent company of BlackBerry, and holds the license to create Alcatel’s phones. As such, TCL’s advances in this area for data terminals will likely lead to more advances for its associated brands. While Alcatel’s focus tends to be on budget devices — and likely won’t see many 5G or folding phones for some time — it’s entirely within the realms of possibility that we might begin to see this technology in BlackBerry’s products.