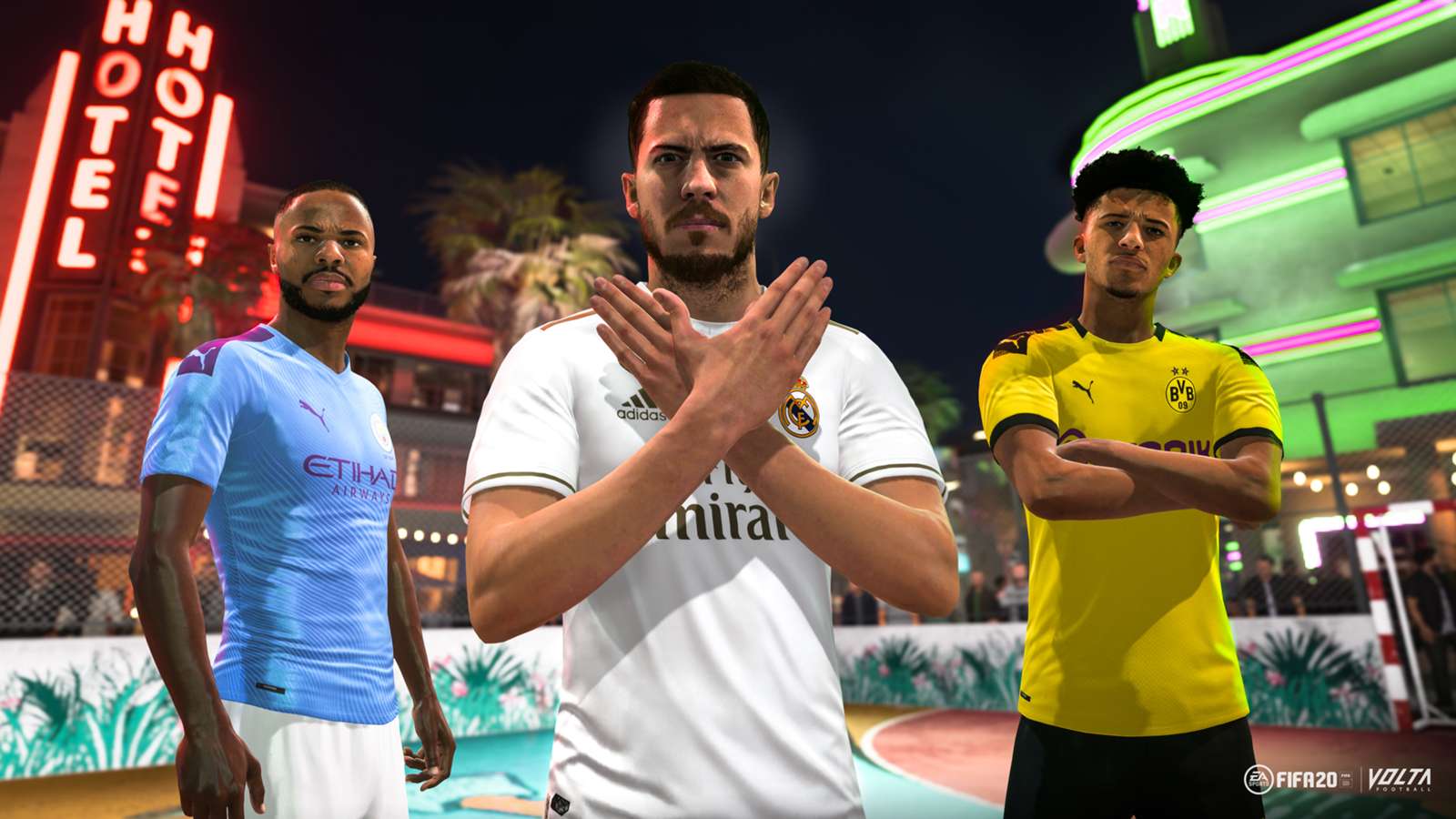 When the new game mode was announced for the upcoming release, fans were excited to see what was viewed by many as the return of FIFA Street

As Goal learned by attending an exclusive preview event in Berlin and getting hands-on with Volta, there is more to the new mode than a simple reboot of the popular Street series. These are the ten things we learned from playing Volta in FIFA 20…

Volta is not FIFA Street

Volta has been compared to EA Sports’ classic series FIFA Street, which featured exaggerated gameplay and player models and became a cult classic.

Despite featuring smaller teams, Volta has more in common with the full 11-a-side game than any of the games in the Street series.

EA Sports attribute this to wanting Volta to act as a stepping stone to the traditional game, allowing players to take the skills they’ve learned on the courts into stadiums – mirroring the real-life paths of many footballers.

The biggest difference between FIFA Street and Volta is that in the latter skills don’t win you games, or give you any advantage aside from helping you beat your marker.

While they’re useful to beat an opponent, the result is decided on who scores the most goals. EA Sports made this decision after talking to legendary street footballers who admitted that while showboating is fun, all each team wants to do is to score more than their opponent.

There are four ways to play Volta

There are three main ways to play Volta – kick-off, Story and Volta World.

Kick-off mode is similar to the kick-off mode found in the main game, with the option to pick from a myriad of street football match-types before you choose one of many club and national teams to represent and face off against.

The Story and Volta World modes begin with players creating their own street footballer (male or female).

From there, the Story mode takes players on a narrative-driven guide to the world of street football, presented in a similar way to the Journey. The Story mode is optional and players can just jump right into Volta World if they want to get right into the action.

Volta World is an offline mode, where players traverse a global map, taking on other teams with different challenges and rewards.

Teams faced in Volta World are all player-generated, just as they are in Squad Battles in FIFA Ultimate Team, meaning that every match you play is against a team created by another FIFA fan elsewhere in the World.

There’s also player-vs-player League and World Tour modes, giving players the chance to skip the story and to face off against other players online.

You can take another team’s players

As you progress through Volta World you’re able to recruit players from teams you’ve beaten. That player stays with their team, but a replica joins yours to be used to future matches.

Since you can create a version of yourself in Volta, it’s possible that there could be multiple versions of you playing Volta football all over the world. You may even end up facing a team which includes the player you created.

As well as creating your own player, you also get to choose a location, court type and playstyle as your ‘home’.

As Volta league matches have a home and away element, this means it’s important that you customise your home to suit your own play style. Do you like to play passes off the wall? Be sure that your court has walls. Perhaps you’re a skiller, in that case ensure your home match type is for smaller squads with more one-on-ones.

The stick and button combinations required to pull off skills in Volta are the same as those used in the full FIFA game. This was chosen as a way to introduce new players to skill moves and mean that flicks and tricks learned in Volta can be carried into 11-vs-11 matches.

However, if you’re lucky enough to have a highly skilled player on your team, they will beat players with more flair, just as they would in the full game. When we had a chance to try this out in Berlin, the difference was noticeable when playing with players like Neymar and Messi.

No keeper? No problem

While the core game of Volta feels similar to the full FIFA experience, certain changes were made to players’ AI to ensure they behave like street players. An example of this which becomes apparent early on is how they block shots.

In matches without goalkeepers (which can be turned on and off) players obviously can’t block shots on goal with their hands. Instead, they angle their body down to use the rest of their body.

Another example is in how they use the walls of courts to beat players – something their real-world counterparts would never do – which meant tweaks to the AI so Volta players know it’s possible and don’t consider everything outside the lines as out of bounds.

Men and women together but stars don’t mix

For the first time in a FIFA game, in Volta men and women can play on the same pitch and there’s no difference to how they play, it’s a level playing field. Although mixed-gender matches are purely aesthetic, it really adds to the realism to see men and women on the same court.

While men and women mixing it up on the court is possible, Volta doesn’t allow for teams of created and real-world players, or to play with a dream team of players from different club teams. There isn’t even an equivalent FIFA Ultimate Team element, meaning there’s no dream team building or packs to open, which leads us on to the good news that…

There are no microtransactions or loot boxes

As well as there being no packs to open in Volta, there’s no microtransactions at all. Players can earn virtual currency in Volta World to spend on cosmetic items, but they have no real-world value.

Name us a good video game without a good boss battle. You can’t, it’s not possible. In Volta, at specific points in the campaign, you will face teams featuring legendary street footballers. Beat these teams and the legendary player joins your ranks. This part is a bit like FIFA Street, which allowed you to recruit players from teams you beat to create your custom dream team squads.