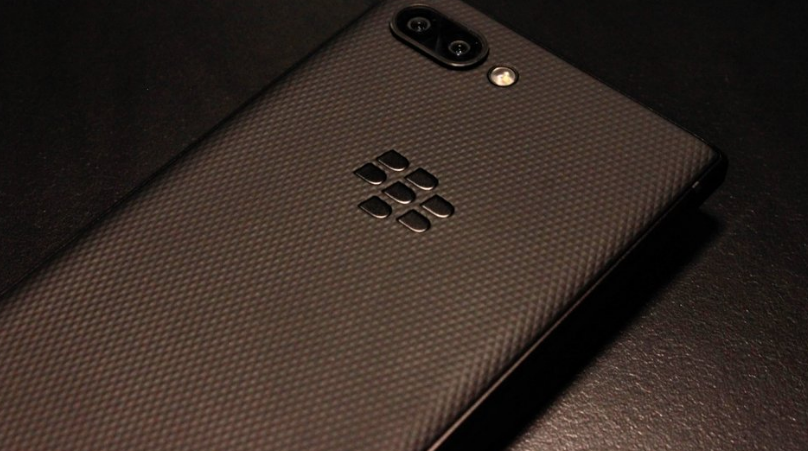 It’s 2018. Do people still want a phone with a physical keyboard?

That’s the question TCL is trying to answer with its new BlackBerry Key2, a $650 smartphone with a 4.5-inch screen and an actual physical keyboard.

I spent about 10 days with the BlackBerry Key2 to test how it compares with other high-end smartphones on the market. I also wanted to see if, as a former BlackBerry user way back when, I still enjoyed using a physical keyboard.

First things first: The BlackBerry Key2 is a good-looking phone, and it certainly doesn’t look like anything else on the market.

I was surprised by how much I enjoyed the look and feel of the BlackBerry Key2. It has a grippy, textured back that feels rugged and vaguely pleasant, and I enjoyed the squared-off edges, chrome details, and overall businesslike aesthetic. Plus, the phone gets great battery life — I typically got about a day and a half out of it before it needed charging.

TCL says the device is lighter and slimmer than its predecessor, the BlackBerry KeyOne, but it’s hard to tell. Compared with my aluminum iPhone 6S, the Key2 feels notably heavier.

The BlackBerry Key2 has a 4.5-inch LCD display, which is a hair smaller than the 4.7-inch display on the iPhone 6S. But it’s a physically larger phone, thanks to the keyboard at the bottom of the device. That said, I have relatively small hands, and I didn’t find the device to be too big for me — in fact, at about 6 inches long, it’s likely to be the perfect size for most people.

One other note on the display: While it’s sharp and incredibly vivid, it doesn’t get very bright. This wasn’t an issue most of the time, but I sometimes found myself squinting at the screen, even with the brightness turned all the way up.

A few other design choices stand out, for better or worse.

For instance, the BlackBerry Key2 does have a headphone jack, though it’s at the top of the device rather than the bottom like most people are used to.

And while the phone may have physical keys, it doesn’t have a physical home button. Instead, a digital home button is above the keyboard.

This is all well and good, but it’s going to be a major adjustment for most people. Since most smartphones have a physical or digital home button at the bottom, that’s where I automatically pressed when I was trying to hit the home button. But that’s where the keyboard’s space bar is, which does not double as a home button (though it does have a dual purpose — more on that in a minute).

Nine times out of 10, I would press the space bar first before remembering where the home button was. For me, it would probably take several weeks of using the phone to get out of that habit.

The keyboard’s space bar doubles as a fingerprint scanner, but it doesn’t do a great job.

I was excited to try the fingerprint scanner on the BlackBerry Key2, because I loved how subtly it was built into the phone’s design. The scanner lives inside the space bar, meaning you should just be able to press it lightly to unlock your phone each time.

It’s a great idea in theory, but it isn’t very practical in real life.

The space bar is a long, narrow rectangle, and it’s not ideal for capturing fingerprints. About 80% of the time, it took me several tries to get my phone unlocked using the scanner. If you didn’t place your finger just right on the space bar, it refused to open your phone. This grew tiresome after a while, and I eventually resorted to using my passcode each time.

The BlackBerry Key2 has a solid rear camera, but it’s nothing fancy.

I certainly wasn’t wowed by the rear camera on the BlackBerry Key2, but I was pleasantly surprised by the images it captured.

TCL added a dual 12-megapixel rear camera this year; the BlackBerry KeyOne relied on a single lens. In general, I found the photos to be quite sharp, and I was continually impressed by how the camera handled close-up shots. The rear camera wasn’t phenomenal, but to be perfectly honest, it was better than I expected from a BlackBerry.

The selfie camera, on the other hand, was one of the worst I’ve used on a smartphone in the past year. It has a fixed focus, and most of the time my selfies came out blurry. Even when the camera seemed to focus on my face, the images were rarely as sharp as they would be on an iPhone, a Google Pixel, or a Samsung Galaxy phone.

That said, I doubt the target audience for the BlackBerry Key2 consists of a lot of avid selfie-takers, so it isn’t likely to be an issue for most people.

One surprising thing about the entire camera system is that it’s unlike any other Android camera I’ve used lately. Most Android phones pack their cameras full of so many features, you feel as if you have a DSLR in the palm of your hand.

But the BlackBerry Key2 doesn’t have any of that — only a few filters, no advanced camera adjustments, and none of the weird face-smoothing features I’ve found on phones like the Samsung Galaxy S9. It’s the simplest smartphone camera I’ve used in years, and it was actually rather refreshing, since I rarely end up using those anyway.

Here’s a photo I shot using the BlackBerry Key2. It’s nice and sharp, and the colors are beautiful, but it did struggle a bit in bright sunlight — some of the leaves in the back are blown out.

The selfie camera consistently produced shots that looked like this: out of focus, bland, and unable to properly handle mixed lighting.

Which brings us to the keyboard.

Back in the mid-to-late aughts, I owned a BlackBerry Pearl and thought it was the best phone ever made. I adored the trackball, loved BBM-ing with my friends, and thought that getting rid of a physical keyboard would be the single dumbest move a smartphone company could make.

Oh, how times have changed.

My biggest takeaway after using the BlackBerry Key2 after about 10 days was that the physical keyboard is obsolete. My teenage self would be shocked to hear me say this, but an on-screen digital keyboard is simply a better invention. It’s significantly faster and more agile, not to mention the fact that it frees up about 2 inches on the front of the phone.

The physical keyboard isn’t totally stuck in the past. TCL built in the aforementioned fingerprint scanner on the space bar, and the entire keyboard is touch sensitive — when you swipe your finger over the keys to the left or right, it will work like a touchscreen.

My biggest frustrations with the keyboard were the slowness and the lack of flexibility.

I admit it’s been about nine years since I used a BlackBerry, so I expected to be rusty when I tried typing on a real keyboard again. But even after about 10 days of using the phone, things haven’t improved.

Typing on real keys took me about twice the amount of time it would have on digital keys. A one-paragraph email took me a little over five minutes to type on the BlackBerry Key2, something that would have taken less than a minute on a digital keyboard. Plus, the keys are tiny, and though I have relatively small fingers, I was constantly hitting the wrong button.

The other issue with a physical keyboard is that it’s fixed. These days, it’s easy to switch among letters, numbers, and symbols, or multiple keyboards on your phone. That’s not possible with real keys, so BlackBerry’s solution was to bring up an on-screen keyboard to help with symbols. This just created confusion, since it was hard to prioritize a physical keyboard when there was a perfectly good digital keyboard right there on the screen.

So while the physical keyboard is nice to have, I’m not sure I would end up using it most of the time. By the end of my time with the BlackBerry Key2, it started to feel more like a novelty item than a helpful feature.

Physical keyboard aside, the BlackBerry Key2 is made for speed and efficiency.

The BlackBerry Key2 seems aimed at a crowd that doesn’t crave a lot of bells and whistles on smartphones. It’s efficient, easy to use, and comes with a version of Android 8.1 Oreo that, while not stock, was on the simpler side and easy to adjust to as an iPhone user.

And since it’s a BlackBerry phone, there’s a lot of emphasis on privacy and security.

The Key2 comes with a few different ways to protect your device, like the DTEK app, which constantly monitors your phone’s security. There’s also a redactor app for hiding keywords or phrases in a document or email, an app that blacks out your entire screen except for the portion you’re viewing, a built-in password keeper, and the Locker app, which lets you hide sensitive photos or open an incognito browser.

So should you buy it?

Yes, you should buy the BlackBerry Key2 if you’re someone who craves speed and efficiency and doesn’t spend a lot of time on their phone scrolling through social media or watching Netflix. If you’re someone who’s all business and cares about security and privacy, it’s the perfect phone for you. Plus, at $650, it’s a relative bargain.

But the BlackBerry Key2 doesn’t really feel like a mass-market device. It’s not a great phone for watching videos, thanks to the smaller screen. It’s hard to text on, and the camera isn’t exactly top of the line.

Still, I think there’s a niche group of people out there who would fall in love with the BlackBerry Key2. My barometer for the device was my dad, a longtime BlackBerry fan who reluctantly switched to iPhone a few years ago. When I showed him the Key2, he said, “I’d switch from my iPhone right now.”

Like Loading...
Related Topics:featuredTHE BLACKBERRY KEY2 PROVES THE WORLD NO LONGER NEEDS A PHYSICAL KEYBOARD
Up Next