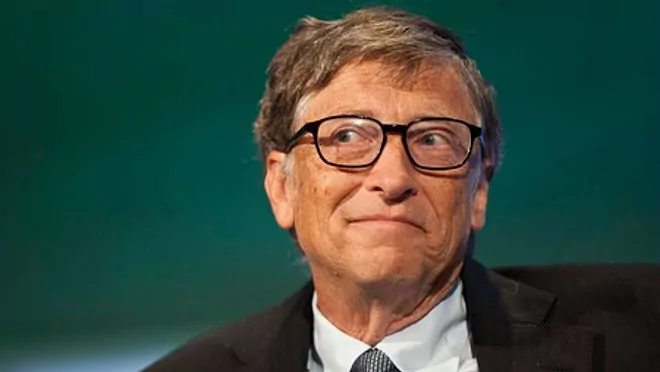 The tycoon admits he uses a handset that few would guess

Being one of the wealthiest people in the world and handling a myriad of businesses every day, as well as receiving dozens of calls a day, would require you to have one of the most powerful smartphones on the market.

Bill Gates, co-founder of Microsoft, has revealed the mobile phone he currently uses and many will be surprised to know which one we are talking about.

It’s not an iPhone and it’s not even one made by his own company.

The smartphone Bill Gates uses every day is the Samsung Galaxy Z Fold 3, the Korean brand’s foldable handset and a benchmark for multitasking.

Although Microsoft has the Surface Duo 2, for example, the billionaire prefers a handset priced at well over 1,000 euros.

His answer was given in one of the classic Reddit discussions in which Bill Gates often appears.

One of the users wanted to know which phone he uses and this is his answer: “I have an Android Galaxy Z Fold3. I try different ones. With this screen I can get by with a big laptop PC and the phone and nothing else”.

The news comes as a surprise to many, even though the handset is considered one of the most powerful on the market.

Not only because it is foldable and offers a whole range of possibilities for multitasking, but also because of the S-Pen, which makes using the phone faster and more precise.

Bill Gates‘ use of a Samsung handset is not unprecedented, as Microsoft and the Korean company have a close relationship.

The two became partners in the world of telecommunications and some applications pre-installed on Samsung handsets belong to Microsoft.

There’s a New Quantum Computing Record: Control of a 6-Qubit Processor in Silicon