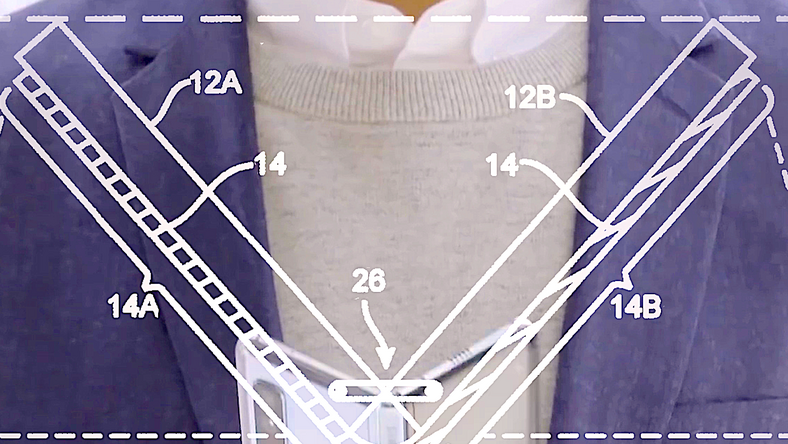 Following is a transcript of the video.

Troy Wolverton: There has been this development of flexible screens. They’ve been in the works for a while now, and in fact, the first phones that were based on flexible screens actually appeared about six years ago. But there wasn’t anything super remarkable about them. They only way you’d know that they had a flexible screen within them is that they had curved edges on their displays.

What’s happening now is that not only do these phones have curved edges, but they’re able to actually be folded. Foldable phones are based on flexible display technology, which is built around OLED screens. So most of the screens that we see in our lives are LCD screens. They’re liquid crystal displays, and they are typically built around a glass base. You have a glass screen or a glass backing for the LCD display.

One of the things that happens with an OLED screen is that the pixels, the light portion of the screen that emits light or that displays an image, is actually built into the screen itself. So the LEDs are on the actual screen technology instead of being behind it and projecting through a glass pane. What’s happening with flexible displays is that they have this OLED screen technology that’s being printed on a thin layer of plastic. When you’ve got that thin layer of plastic, you can do all kinds of things with it. You can bend it, or you can shape it in different ways.

The way it’s been used in the past in phones such as the iPhone X is that it is bent around the edges so the iPhone X has actually a flexible display in it. You can’t really tell, but if you were to open up the iPhone X, you would see that at the edge of the display, it’s actually bent. The big property that you can do with these screens though is that you can actually fold the screen in half, the display part of the screen. That’s what’s happening with the Galaxy Fold. You’ve got a large screen, OLED screen, that’s built on a plastic base, and if you want to, you can unfold the display, and you can see a larger screen, or you can fold it up, and you can see a smaller one. Getting to larger OLED screens though is an expensive proposition, and so for instance the Galaxy Fold phone, which has this larger OLED screen, is going to cost $2,000. And in part that’s almost certainly a function at least in part of the OLED screen technology that they’re using.

One of the interesting things about an OLED screen, about these flexible displays that are being used in these foldable phones, is that there isn’t a glass pane on top of it. Maybe that sounds obvious, but it isn’t necessarily an obvious thing. So what that means is that when you touch and interact with that screen, that Samsung Fold screen, you’re not touching a pane of glass when you’re interacting with that screen. You’re touching the actual screen itself, which is a thin plastic display.

Some concerns that that screen might be damaged more easily or might be scratched. We’re going to have to see, like, how that works out in long-term testing. Another potential problem that you can have is that the screen could be damaged from multiple folds. If you keep folding it over and over and over again, that might wear down. OLED screens, these flexible screen technologies, in some ways are superior to the kind of LCD screen that you get in other phones or other displays.