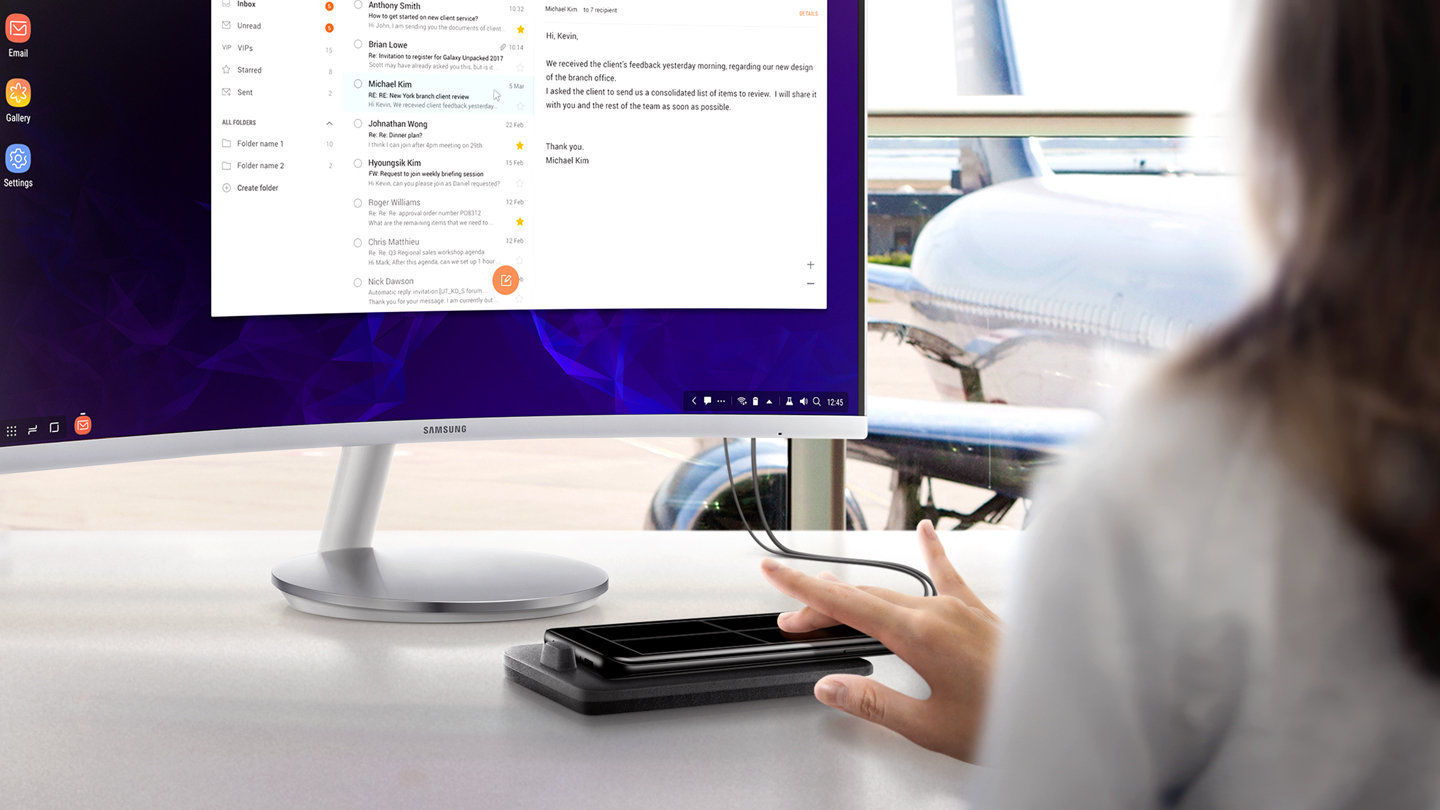 Preorders are up today, and new Galaxy S9 buyers can score one for free.

Hot off the launch of the Galaxy S9 last month, Samsung is about to release one of the device’s main accessories, the Samsung Dex Pad. Plug your flagship Samsung smartphone into this little dock, then plug in a monitor, mouse, and keyboard, and you’ll have a full-blown desktop OS interface powered just by your phone. Preorders are open today on Samsung.com, and the device ships May 13. Starting today, Samsung is also offering a free Dex Pad to anyone who buys a Galaxy S9 or S9+ from Samsung.com.

Samsung Dex runs the Android OS you know and love but reworked into a desktop form factor with a windowed multitasking interface. The Dex Pad requires a USB-C equipped Samsung device (so a Galaxy S8, Note 8, or S9) with Android 8.0. The dock has two USB A ports (typically for a mouse and keyboard), HDMI for the monitor, and USB-C for power. Running a desktop interface can be tough on a phone’s processor, so the Dex Pad also has a fan to help everything run a bit cooler and faster.

This is Samsung’s second take on a Dex docking pad. The first-gen version was the “Dex Station,” which held the phone upright. This new version lays the phone down flat so it can double as a touchpad if you don’t want to use a mouse.

Android apps can support keyboard and mouse controls, but most aren’t particularly well-optimized to take advantage of non-touchscreen interfaces. Samsung has a list of apps that are supposedly “Dex optimized,” and there are some heavy-hitting app developers signed up, like Google, Adobe, and Microsoft. With Chromebooks bringing Android apps to a keyboard-and-mouse platform, too, more and more apps will hopefully start to support things like keyboard shortcuts and tab focus.