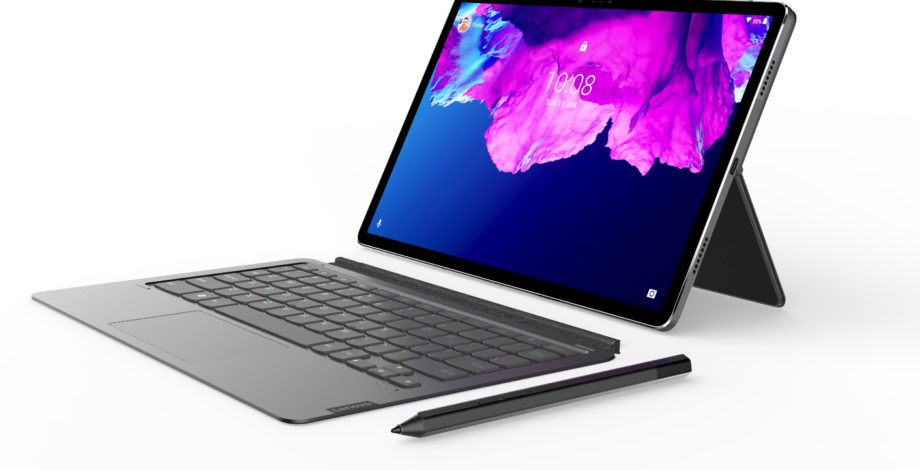 At the start of August, Samsung announced the Tab S7 and Tab S7 Plus, two Android tablets designed to take on Apple’s iPad Pro. Now Lenovo is taking aim at the iPad Air with its new Tab P11 Pro tablet.

Lenovo is positioning the P11 Pro — which starts at $499, the same price as the iPad Air — less as a productivity device and more as something you’ll use to consume content while traveling. Granted, not that of many of us are doing that at the moment. All the same, the highlight of the device is an 11.5-inch OLED display that has a 2,560 x 1,600 resolution and maximum automatic brightness of 500 nits. With 6.9mm bezels, the tablet features an 87% screen-to-body ratio. It also comes with four JBL speakers with Dolby Atmos built-in.

Internally, the P11 Pro features the Snapdragon 730G — that’s the same chipset you’ll find inside the Google Pixel 4a — with either 4GB or 6GB of RAM. Powering the entire setup is an 8,600mAh battery that Lenovo says will get you through 15 hours of “normal” productivity usage or video watching on a single charge.

The Lenovo Tab P11 Pro includes four cameras altogether, but the main highlight here is that you can use one of the front-facing cameras to unlock the tablet without touching the fingerprint sensor built into the power button. For connectivity, you have Wi-Fi 802.11ac, Bluetooth 5.0, and LTE support. Lenovo will also sell both keyboard and stylus accessories for the P11 Pro.

All those features make the P11 Pro mostly comparable with the iPad Air. In some cases, the P11 Pro even has an edge on Apple’s tablet. Of course, the overall sad state of Android on tablet devices means the iPad Air still has an edge in the software department. However, if you’re mostly looking for a high-quality screen, then the P11 Pro looks like it will be a compelling option.

Alongside the P11 Pro, Lenovo announced the Tab M10 HD Gen 2. It’s the first Android tablet to feature Google’s new Kids Space software, which the search giant detailed today in a separate announcement. The software builds on the Kids tab Google added to the Play Store in April. If you haven’t had a chance to see it yet, the Kids tab collects all of the “teacher-approved” apps you can download to an Android device in one place.

Kids Space goes a step further by highlighting books and videos as well. After sharing their interests with the software, it will generate daily content recommendations. In the case of reading material, there are currently 400 free children’s books with more to come. Meanwhile, when it comes to videos the app will point them to YouTube Kids. Google designed the tool to complement its Family Link software, which lets parents set screen time limits on their kids’ devices, as well as manage their privacy and content settings.

From a hardware perspective, the M10 HD Gen 2 is about what you would expect from a tablet designed with kids in mind. It features a 10.1-inch IPS LCD display with a 1,280 x 800 resolution, 400 nits of max brightness, and a blue light filter. It also includes stereo speakers that come with Dolby Atmos software built-in, and there’s a 5MP front-facing camera to let your kid snap selfies, on top of an 8MP camera for everything else.

Powering the M10 HD Gen 2 is an octa-core MediaTek P22T chipset with either 2GB or 4GB of RAM depending on whether you buy the 32GB or 64GB storage configuration. Outside of China, the M10 HD Gen 2 will feature a 5,000mAh capacity battery, which Lenovo says should let your kid watch up to eight hours of video on a single charge. And rounding out the package is WiFi 802.11ac and Bluetooth 5.0 connectivity with the option for an LTE connection through a single SIM slot.

The Tab M10 HD Gen 2 will be available to buy sometime in September starting at $129.99. Meanwhile, the Lenovo Tab P11 Pro will launch two months later in November.