THE NOKIA 5.1 MAY BE COMING TO THE US SOON
Advertisement 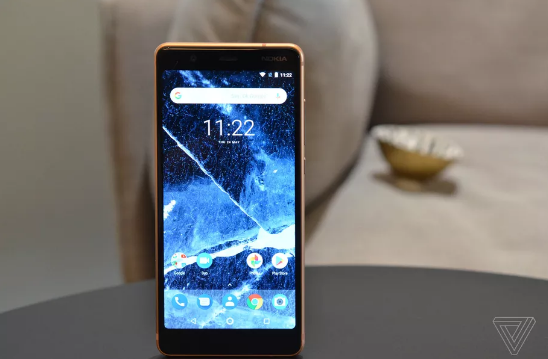 The Federal Communications Commission recently approved the Nokia 5.1, a mid-range phone that’s a refreshed version of the Nokia 5. The FCC approval indicates the phone will launch soon in the US, as spotted by Android Police.

We got an early look at the Nokia 5.1 at the end of May, after HMD Global, which now manufactures Nokia smartphones through a licensing deal, confirmed the device’s existence and promised a July release.

There are four variants that the FCC approved and it looks like two of them have support for dual SIM cards. Each variant has a slightly different RAM and storage capacity, with options for 2GB or 3GB of RAM and 16GB or 32GB of storage.

All variations will be powered by a 2GHz MediaTek Helio P18 octa-core processor and come with a 5.5-inch HD+ display with an 18:9 aspect ratio. On the back, there’s an improved 16-megapixel camera above the fingerprint scanner, which has moved from the front where it was on the Nokia 5. On the front, there’s an 8-megapixel wide angle selfie camera. As for ports, it has a microSD card slot, a headphone jack, and a charger port.