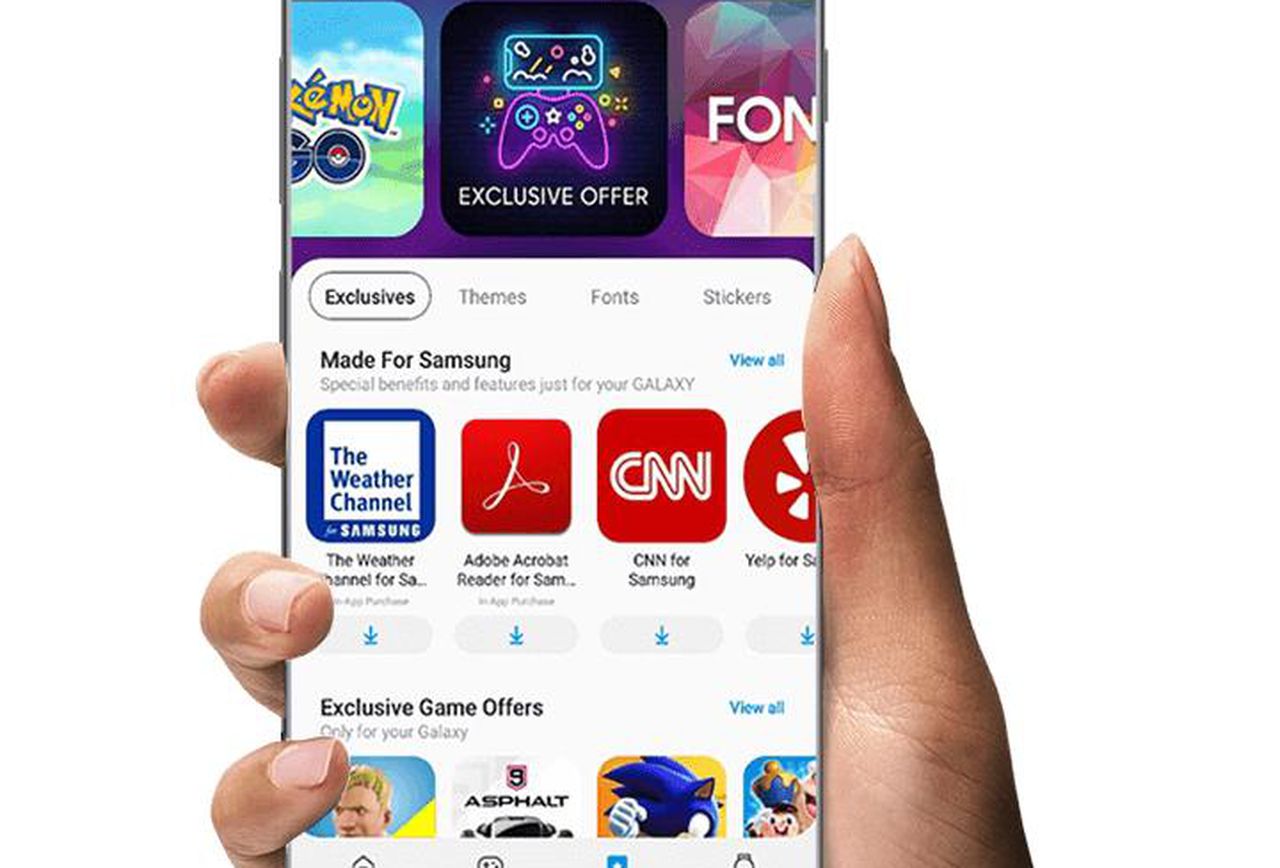 If you live in the U.S., you’d be forgiven for thinking there are only two places to get apps, the Apple App Store and Google Play.  But while these two stores dominate app distribution in the west, globally the picture looks different when it comes to Android.   There are in fact more than four hundred “third party” Android app stores.   Many of these stores are owned by internet giants like Tencent, mobile operators like SK Telecom or MTN, or come pre-embedded by smartphone manufacturers like Samsung, Huawei and Xiaomi.

For intrepid app developers and marketers looking for new distribution channels, third party app stores are increasingly attractive, and in China they are the only game in town. The unique thing about users browsing the OEM stores is that they are actively looking for apps and services, thus user-engagement and app performance are relatively high.

Globally the most interesting players are the largest OEM stores.  Smartphone market dynamics and political pressures among the U.S., China and Europe are shaking things up, making now more than ever a good time to think about releasing your next app also in relevant OEM stores.

Google Play’s advantages won’t be challenged any time soon – it still has the greatest reach, pre-bundled apps like Gmail, Google Maps and YouTube, and best in class security and support.  The biggest smartphone makers have a lot of resources and increasing incentives to broaden app developers reach beyond Google Play, especially world #1 and #2 – Samsung and Huawei.  To understand how we got here, let’s first take a brief look at China.

Since the Chinese government banned Google Play in 2011, Android in China has evolved into a highly fragmented market, with over 300 app stores.  The largest player, Tencent’s MyApp, has about 26% of the market, representing over 258 million monthly average users.

A couple of key takeaways: one, a reminder that China is a huge market, where 10% market share equals 100 million users.  Two, consumers like pre-installed app stores – OEM stores hold four of the top seven places.   Google is now making inroads into the world’s biggest app market, but Chinese players have a major head start.  China’s OEM players – Huawei, Oppo, Vivo and Xiaomi — are now looking to leverage their large Chinese user bases as a way to attract western app developers.

One of the OEM stores that western developers should consider is Xiaomi.  Now the 4th largest smartphone vendor in the world, Xiaomi is aggressively gaining market share outside of China.  This is especially true in Europe, where Xiaomi shipped 4.3 million units in Q2 of this year, a 9.6% share of the market.   Xiaomi’s sales in Europe were up 48% from last year, the largest increase among the top players.

For Huawei, China’s biggest smartphone manufacturer, 2019 represents the best of times and the worst of times.  On the one hand, it has recently outstripped Apple to become the #2 smartphone maker in the world, and many analysts believe it is on track to top Samsung as #1 in the coming year.

On the other hand, Huawei is the largest casualty of the trade war and heightened tensions between the U.S. and China.  Deemed a security threat as a potential surveillance “backdoor” for China’s government, Huawei has been banned in the United States.  As a result, Google has revoked Huawei’s Android license, and U.S. chipmakers Intel, Qualcomm and ARM have ceased business with Huawei.

New Huawei phones can no longer have Google Play or any Google apps pre-loaded, and they must rely on open-source Android and use their own app store.  For Huawei, this is more than just losing the U.S. as a major market, it’s a potentially existential threat to their business.  Huawei’s success or failure as a company will now be somewhat dependent on their ability to convince app developers to deploy on their store.

The other OEM player that has been trying to woo developers for its own app store is Samsung.   For the last few years, Samsung has pursued positioning the Galaxy Store as a “boutique,” implying that it is a destination for high-quality apps, particularly games.  It’s easy to see why Samsung might try to differentiate its app store as a more high-end, exclusive market.  Google Play is known to have a large number of low-quality apps.  About 55% of all apps on Google Play are unrated, and the vast majority of unrated apps have 500 or less downloads.    It’s also worth noting that the vast majority of apps on Google Play are free, with only 125,000 paid apps.  If the Galaxy Store can become a destination for the highest quality apps and particularly games, it can help Samsung sell more of its most technically advanced phones.  This is consistent of Samsung’s overall strategy in response to the challenge posed by Huawei and its Chinese peers.  Threatened by the Chinese Rivals for middle-tier phones, Samsung wants to solidify its position as the “Apple of Android.”

So we can see how for Xiaomi, Huawei and Samsung, promoting their pre-embedded app stores as an alternative to Google Play is an essential part of their overall strategies going forward.  For Samsung, it’s a defensive play to shore up their position at the high end of the Android universe.  For Huawei, it’s both offense and defense – if at some point they are forced to deploy their own OS, their app store will be a critical piece of the puzzle. For Xiaomi, it’s a way to leverage their large growing international user base to gain traction with app developers globally, creating new revenue streams.   In all cases, these OEMs will likely give more incentives, promotion, co-branding, and potentially more favorable revenue splits in the effort to win business from app developers.

The best example of this was when Samsung convinced Epic to release Fortnite on the Galaxy Store when Epic had already decided not to release the blockbuster game on Google Play.  We should expect to see more deals like this in the future, and smart app developers should look to take advantage of this untapped opportunity to reach high-intent users.

It’s important to note that Google and Apple wallets are widely adopted and utilized by these giants to take a nice share of the developer’s in-app revenues.  In this aspect, OEMs are far behind, with fairly limited volume of purchases done via their payment platforms so their ability to monetize their app store in the short term relies mostly on in-store app promotions and advertising (Full disclosure: Appnext technology powers some of the OEMs in-store advertising).  As a result, game and app developers who monetize via ad-based revenue rather than from in-app purchases will benefit the most from the OEM app stores.

Employees who are treated rudely get their revenge with the silent treatment, research shows