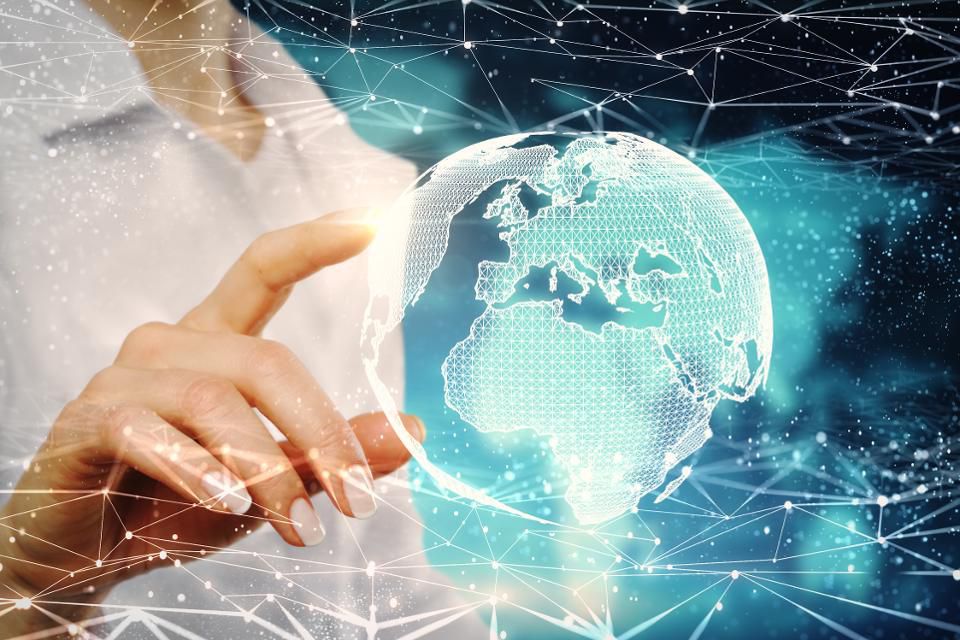 There’s a big lie about disruption going around. And folks aren’t spreading it intentionally.

Many smart investors I talk to genuinely believe it to be the truth.

If you accept this widespread lie, you’ll likely make poor decisions when investing in disruptive companies.

Here, I’ll explain the real truth and why it matters to disruption investors.

Your Smartphone Is More Powerful than an Early ‘90s Supercomputer

Your smartphone can do the job of a whole collection of gadgets.

And keep in mind, all a supercomputer does is crunch numbers. We have “Moore’s law” to thank for this.

This has led to exponential growth in computing power.

As you may know, exponential growth “snowballs” over time. It builds momentum and eventually leads to vertical gains, as you can see here:

For the past few decades, computing power has more or less followed this path.

This Is the Driving Force Behind Moore’s Law

Moore’s Law says the number of transistors that can fit on a computer chip doubles about every two years.

Transistors allow computers to compute. The more transistors you cram onto a chip, the more computing power it has.

Again, for the past 50 years, this has more or less held true. Back in 1965, only 64 transistors fit on the world’s most complex computer chip.

More than 10 billion transistors can fit on today’s chips.

Moore’s law is responsible for many of the giant stock market gains in the past few decades.

And along the way, the companies that make the computer chips have gotten rich, too.

Conventional wisdom is that Moore’s law will continue to snowball. As progress gets faster and faster, you can understand why many folks think we’re headed for a tech utopia.

It’s a great story. But it’s not quite true.

Moore’s Law Will Break Down

Within the next few years, Moore’s law will break down.

You see, although today’s transistors are microscopic, they still take up physical space. There’s a limit to how small you can make anything that occupies physical space.

We are now approaching that limit with transistors. So the progress predicted by Moore’s law must slow.

In fact, Moore’s law is already slowing down. Many technologists predict it will totally break down between 2022–2025.

Does that mean progress will stop?

New technologies will pick up where Moore’s law leaves off. There are three exciting computing technologies in development you should know about.

What does a city do when it runs short on land? It builds skyscrapers.

By building “up,” you can create real estate with the footprint of a one-story building, but one that holds 100X more people.

Something similar is just getting underway in computing.

You see, the “guts” of computers have always been two dimensional. Flat computer chips sit on a flat motherboard. Nothing moves in 3D. There’s no “up” or “down” inside a computer chip.

Tech reporters are touting it as “how Intel will beat Moore’s law.”

Chips stacked in 3D are far superior to ones placed side by side. Not only can you fit multiples of transistors in the same footprint. You can better integrate all the chip’s functions.

This shortens the distance information needs to travel. And it creates many more pathways for information to flow.

The result will be much more speed and power packed into a small space. Eventually, 3D chips could be 1,000 times faster than existing ones.

DNA Computing Is a Bit Further off, but Its Potential Is Mind-Boggling

As incredible as it sounds, DNA can be used for computing. In 1994, a computer scientist at the University of Southern California used DNA to solve a well-known mathematical problem.

One pound of DNA has the capacity to store more information than all the computers ever built.

A thumbnail-size DNA computer could theoretically be more powerful than today’s supercomputers.

I won’t get deep into the science here. DNA computing is still very early stage. But several companies, including Microsoft (MSFT), are working to push the technology forward.

Quantum Computing Could Be the Ultimate Disruption

The science behind quantum computing will bend your mind. To understand its potential, all you really need to know is this.

The basic unit of conventional computation is the bit. The more bits a computer has, the more calculations it can perform at once, and the more powerful it is.

With quantum computing, the basic unit of computation is called a quantum bit—or qubit.

In theory, a small quantum computer could exceed the power of a regular computer the size of the Milky Way galaxy.

With enough computing firepower, a quantum computer could solve any problem.

If we ever achieve far-out goals like controlling the weather, colonizing Mars, or reversing human aging, quantum computing will likely be the driving force.

There Are No Pure-Play Quantum Computing Stocks

They’re all private or have been scooped up by larger companies.

Many of the big tech players are developing quantum computing technology. Microsoft, IBM, Google (GOOG), and Intel are a few.

Google looks to be in the lead.

In March 2018, it unveiled its Bristlecone quantum processor, which the company thinks could achieve “quantum supremacy.”

Quantum supremacy is the “tipping point” for quantum computing. It’s the point when a quantum computer can beat a regular one in a useful task.

So far, scientists haven’t been able to crack this. But once quantum supremacy is reached, progress should take off very quickly.

This is yet another great reason to consider investing in Google.

This is what the Samsung Galaxy Note10 will look like