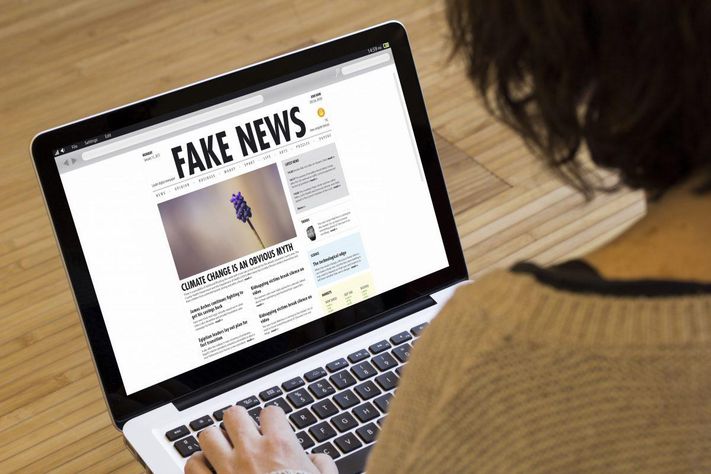 “Falsehood flies, and the truth comes limping after it,” wrote Jonathan Swift over 200 years ago.

If that was the case back then, before telephones and radio, let alone Twitter and Instagram, imagine how much bigger the problem is now.  In fact, it’s so big that “fake news” has become a hot topic for those on both sides of the political spectrum. Gartner has gone as far as predicting that by 2022, we will consume more lies than truth.

But if technology has exacerbated the situation, there’s hope that it may also offer remedies. In particular, artificial intelligence – in its most useful current form, machine learning – can potentially be a powerful tool for sorting truth from fiction.

Machine learning is already being used by banks and financial institutions to comb through records of financial transactions, looking for tell-tale signs of errors or fraud, and then using that data to become more efficient – effectively “learning” without human input.

In the same way, algorithms can be trained to monitor media – across both social networks and news organizations – looking for tell-tale signs that any piece of output might be out of alignment with whatever objective truths are known regarding situations or events.

One exciting application of this technology comes from Belgium-based startup VeriFlix. They have developed a method of scanning user-submitted videos – which play an increasingly significant part in the output of most media organizations – and attempting to determine whether they actually are what they purport to be.

After winning funding through Google’s Digital News Initiative, the company’s technology is now being put to use by one of that country’s largest media outlets – Rourlarta, with promising results.

Founder Donald Staar talked to me about how the platform had evolved from its initial conception as a peer-to-peer crowdsourcing app for videos. Media organizations would make a request for video footage through the app, and any user within the correct geolocation could switch on their phone and start filming.

“Once the videos get sent to the platform we add a layer which first detects the content of every stream – so we can say what we see in the video, alongside the geolocation data and time stamp,” Staar tells me.

“And once the videos are tagged we can compare them to one another, so that if for example, one request results in 1,000 videos, we can compare the content of every video and if a majority of the videos show the same content, then it can verify the authenticity of what has been shot.

“If 800 videos out of 1,000 show the same thing then the probability that the video has been faked is very low.”

Veriflix uses the YOLO (You Only Look Once) real-time object detection algorithms to classify and label contents of videos, before passing that data through to proprietary algorithms, designed in partnership with KU Leuven University. These algorithms analyze the data, alongside timestamp and geolocation information passed through the application’s secure interface.

Staar says “There are two main advantages – the first is that media companies can now make sure that videos they use are authentic and shot in the location where they say they are taken, and not modified or doctored.

“The other advantage is that they are able to bridge the gap between themselves and their audience – let their audience become a part of the story, and source exclusive and verified content very quickly. It can be for small things, too – it doesn’t have to just be big, breaking news.”

As is common with those working in today’s AI space, Staar is keen to point out that the idea isn’t to put journalists and human fact-checkers out of jobs.

“It will not replace the job of the journalist – we will always need journalists to put everything in perspective, but to get the raw data, this will be a great tool.”

Of course, as technology advances, the tools that fakers use to attempt to pull the wool over our eyes are likely to become increasingly sophisticated. It’s already possible to make highly realistic videos putting words in the mouths of people who would, in reality, be very unlikely to say such things. This doctored video of Obama being rather rude about Trump is a great example (warning, contains explicit language)

Over time it’s likely we will see a continuation of the arms race which has always existed in the technology sphere – with good guys racing against the bad guys to be the first to deploy the latest and most powerful tools.

Fake news is unlikely ever to be fully eradicated – there will always be someone willing to present a skewed version of the truth to push their own agenda. However, it could be the case that tools like VeriFlix, or whatever comes next, will raise the barrier regarding the tech and expertise needed to hoodwink us, going some way toward making the world a more truthful place.

Bernard Marr is a best-selling author & keynote speaker on business, technology and big data. His new book is Data Strategy. To read his future posts simply join his network here.

INSTAGRAM WILL UPGRADE TWO-FACTOR AUTHENTICATION TO GUARD AGAINST SIM HACKING