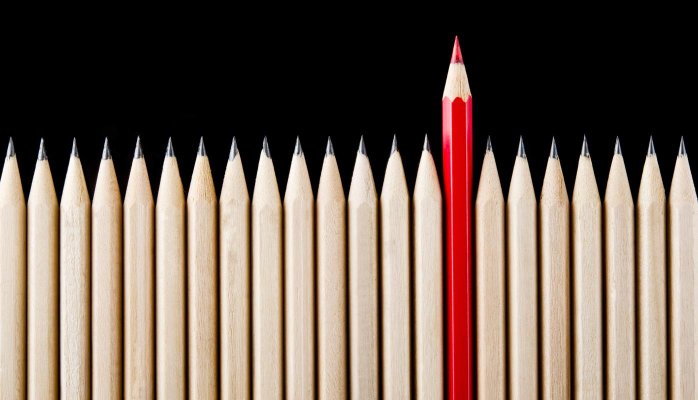 Why is it that so many articles discuss the need for more women on boards, but very few discuss what those women should do once they get there? In this article I hope to empower women to become more effective at navigating the rough waters of serving on a board or team when you’re the only woman, or a woman in a male dominated industry. Actually anyone who has ever felt that they are in the minority will benefit from reading this.

The spark of inspiration for this article came from an interesting conversation I had with some executives at a high-end lunch event I attended recently. A male executive at our table was telling me how he was passed up for a board position because they “needed to have a woman”. The woman executive sitting next to him agreed that they did the right thing and should have quotas for women and minorities. “Oh here we go” I thought to myself. Then I looked up and said that I didn’t want to be on a board as the “token woman” or even worse the “token brown woman” (check off two HR boxes for the price of one!). I would rather be selected based on MERIT. The woman looked shocked and the man looked amused. Not the best way to start a networking event. I just couldn’t help myself and sometimes I like to ruffle a few feathers. What do you think? Who would you agree with?

These tips are distilled from years of board meetings and executive coaching sessions with my clients. I’ve divided them in two halves. First we’ll look at how to survive and then how to change gears and thrive.

In any situation where you are in the minority, remember growing your influence and power takes time. It cannot be given or bought, influence has to be earned. ~ Narges Nirumvala

If you’re the only woman in an all male arena or in the minority in any situation, then you have achieved something significant. Take the time to reflect and appreciate the significant role you now play. You do have a responsibility to others and they will expect you to lead by example.

Be First And Be Lonely. ~ Ginni Rometty, Chairwoman and CEO of IBM

I’m sure you’ve heard the statistics before, but anywhere from 55% to 93% of all communication is non-verbal. People make their mind up about who you are and whether or not they should listen to you before you’ve said anything, actually before you’ve even sat down. So be aware of your posture, your attire, your gestures, your eye contact and even how you sit. Every detail counts and makes an impact on how people perceive you.

It’s particularly important that you dress professionally. It’s not the best time to be overly flamboyant or try something you just saw in a fashion magazine on one of those unhealthy skinny models. If you’re an executive in a creative field or in a female dominated environment then you’ll have much more flexibility.

Dress for power and respect. You want the people to focus on your mind and your message, not your clothes and your body. ~ Narges Nirumvala

This applies to anyone of either gender who joins a team or board for the first time. Talk less and listen more. Listen to understand, not only the important issues, but also for the politics in the room. Actively listen by turning your head and making eye contact with them. Clear your mind of all extraneous thoughts and focus on only what they are saying. Listen to understand not to reply.

Get to know the other people in the room. You don’t need to be best friends. Your aim should be a relationship based on mutual respect and cooperation, where you see each other’s strengths and support each other’s initiatives. That’s the best outcome. Having said that, don’t try to be ‘one of the guys’, maintain some distance and clearly mark your boundaries. Never allow someone to undermine your confidence or make you feel small. You deserve to be there. Don’t let the insecure bullies of this world tell you otherwise.

You can and should set your own limits and clearly articulate them. This takes courage, but it is also liberating and empowering, and often earns you new respect. ~  Rosalind Brewer, President and CEO of Sam’s Club, a division of Wal-Mart Stores Inc

Stimulate Conversation and Disagree With Tact.

If you can speak about what you care about to a person you disagree with without denigrating or insulting them, then you may actually be heard, and you might even change their mind. ~ Amy Poehler

For some reason, many accomplished women I know, have a real problem taking ownership in front of other people of their achievements or those of their team. This is something powerful men often do quite well, so watch, learn and emulate.

It’s absolutely essential as a woman in a position of power that you learn to be vocal about your achievements and those of your team.  ~ Narges Nirumvala

Focus On Collaboration Not Competition.

Strong women collaborate with each other rather than compete with each other. That means in a room full of alpha males you can be the voice of reason and cooperation. You can become the glue that holds everything together. Show the overly emotional alpha males in the room that women can be logical and calm under pressure. Let your intellect shine a light on the solution.

Often when I’m in an all male meetings or board meetings, I try to bring the female perspective to the issue being discussed (but only if I feel it could benefit from it). Many men don’t realize that as a woman life feels different; we have different obstacles, concerns and even priorities. Again if you do it with tact  it can put you in a powerful position and you increase the size of your impact.

Be a Champion of Diversity.

The truth is you shouldn’t be the only woman or one of the only women there. So lift others up as you climb the ladder of success. You’ve been given an opportunity that many people haven’t, so why not use it? After all you and I both know what it’s like to be in the minority.

It’s vital that powerful women become champions of diversity and fight for people who don’t have a voice. ~ Narges Nirumvala

The last piece of wisdom I want to share is to manage your expectations. I’ve learnt this one the hard way through the University of Life.You might go in to this new position full of energy and optimism, which is awesome. Remember organizations take time to change and adopt new ideas. It’s easy to become disillusioned and lose hope. You are playing a vital role. Keep going, don’t give up and eventually you will make a powerful impact. Are you the only woman on a board or committee? What’s it been like? Are you in the minority in your field? How can we help bring true diversity to our organizations? Share your ideas in the comments below!

27 Tips for Mastering Anything