Transform Your Apple Watch Into A Fitness Tracking Device
Advertisement 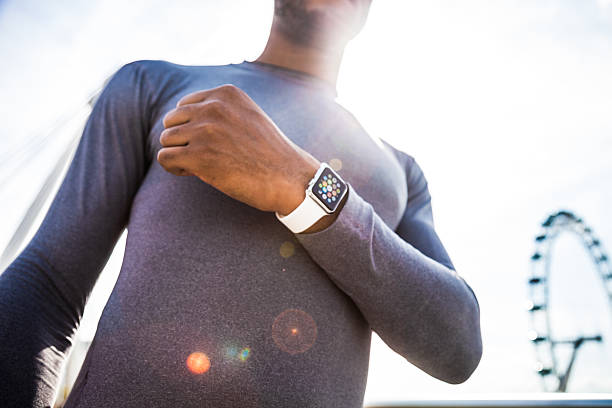 The Apple Watch has been criticized for not being as capable as some higher-end Garmin and Coros watches, such as the Fenix 6S Pro.

While the battery life isn’t comparable, many of the features it (ostensibly) lacks can be added using one thing the Apple Watch does have: a fantastic app ecosystem.

iSmoothRun is one of the most feature-rich running apps available. It lets you create and track custom workouts based on time or distance intervals, as well as your heart rate zone.

You can also set your Apple Watch to display more than five metrics at once, which is useful if you want to see your heart rate, elevation gain, current pace, time, and distance at the same time.

Strava is by far the best app out there if you want to share your runs with others or compete with your friends. While the Watch app doesn’t do much more than track your runs, the stats you’ll see afterward—as well as the kudos and comments you’ll receive from your friends—make it worthwhile to download.

You can also get McMillan running training programs if you subscribe to Strava Premium. They’re especially useful if you want to run a faster 5K or 10K, or if you’re running your first half-marathon or marathon. The workouts don’t sync with your Watch, so you’ll have to keep track of your time, but the programs are excellent.

Triathlon Tracker for the Apple Watch is the ultimate, well, triathlon tracker. You can mark your transitions between disciplines without touching the screen by tapping both side buttons on your Watch. Its stat tracking is also tailored to your current discipline.

Triathlon Tracker can also be used for multisport workouts. You can set it up ahead of time if you’re just doing a swim/bike or run/swim session.

WorkOutDoors adds vector maps to your Apple Watch, which you can save and use later. You can add a GPX route to follow if you’re going on a hike, run, or ski tour so you don’t get lost.

It’s essentially the app that transforms your Apple Watch into something akin to a Garmin adventure watch.

SkiTracks is the best ski tracking app available, at least if you’re skiing on lift-access slopes. It can keep track of how many runs you’ve completed, your average speed, and, of course, how much vertical you’ve skied that day.

After that, you can use your iPhone to review the day’s skiing and see it all laid out on a 3D map of the terrain.

Even without your phone, Strong still allows you to log your entire workout, including all exercises, reps, and sets. It’s ideal if you want to leave your phone in your locker during rest periods to avoid being distracted by Twitter.

You can only create three custom routines at a time with the free version of the app, which is enough to save a push/pull/legs split. Strong PRO costs $5 per month if you want more custom routines.